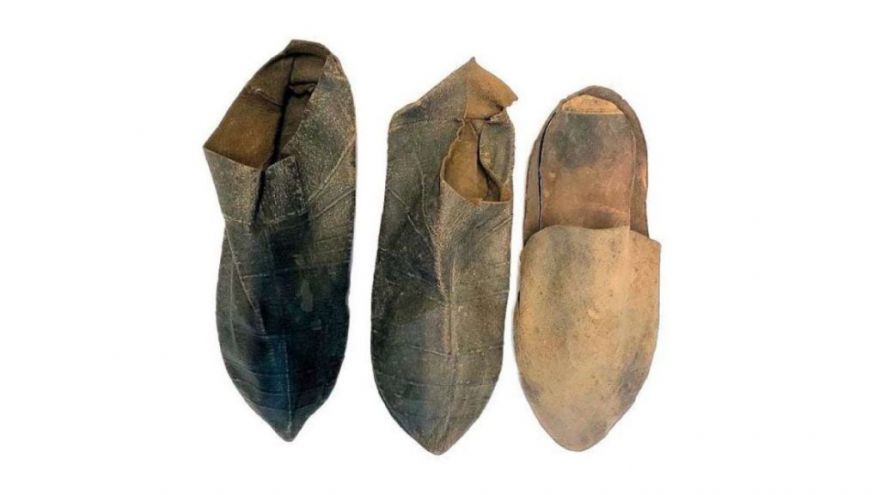 Researchers managed to finally determine the famous artist’s height. Well, an approximation at least. While his artworks are huge and gigantic (in terms of both impact and actual height), his stature can only compare. I’m short too, so that’s totally fine! A new study published in the September 2021 issue of the Anthropologie examined footwear believed to have belonged to Michelangelo.

From the pair of leather shoes and a single leather slipper, researchers from the Forensic Anthropology, Paleopathology, and Bioarchaeology Research Center in Italy determined that Michelangelo was five feet two inches tall:

It’s worth pointing out, of course, that by the standards of his day—the 15th and 16th centuries—Michelangelo’s height would not have been out of the norm. And, according to the article’s authors, forensic anthropologist Elena Varotto and paleopathologist ​​Francesco Galassi, the measurement squares, roughly, with Giorgio Vasari’s own account of the artist in his indispensable series of Renaissance-era biographies The Lives of the Most Excellent Painters, Sculptors, and Architects (1550).

Vasari describes Michelangelo as being of “middle height, wide across the shoulders, but the rest of his body in good proportion.” He was a “very healthy man, thin and muscular,” Vasari wrote.

Varotto and Galassi’s speculation is just that, though. Michelangelo’s remains, located at the Basilica of Santa Croce in Florence, have never been exhumed and studied. There’s also the possibility that the three shoes belonged to a relative of Michelangelo’s rather than to the artist himself.