You guys are going to think all I do is watch T.V., between this post and my Lost post and my As Seen on T.V. post. I swear I do other things. I totally understand if you don't believe me, though.

Anyway. Here goes: I kind of wish I worked at Dunder Mifflin. I love The Office. Although I'm pretty sure if I tried to put one of my co-worker's staplers in Jell-O, I'd get written up for harassment and destruction of company property. And I so wish I worked with Creed. 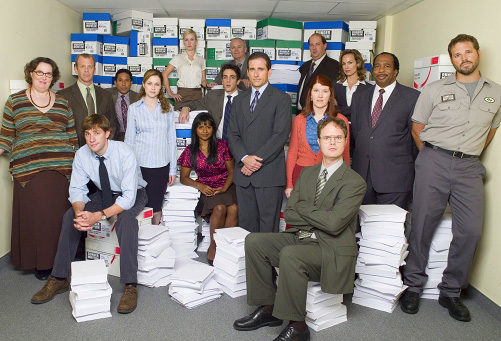 My Office obsession has led me to look up random trivia about it, because that's what I do when I get totally infatuated with something (don't even get me started on Lost). I thought I'd share a few of those tidbits with you guys. We'll start with my favorite: 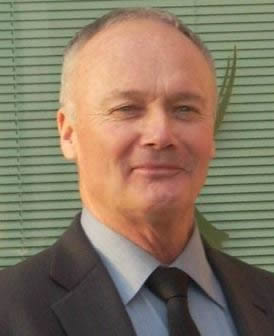 -Tricked Dwight into going into the girls bathroom and "Saw Meredith on the can".
-Dwight hit himself in the head with his phone (Jim put nickles in the handset to make it
heavier and then took them out when Dwight got used to the weight).
-Jim paid five dollars to everyone so they would call Dwight "Dwayne"
-Every time Dwight typed his name it came out as "diaper"
-Placed a bloody glove in Dwight's desk, tried to convince him he committed murder
-By the end of the day Dwight's desk was moved 2 feet closer to the water cooler
-Replaced all of Dwight's pens and pencils with crayons

Of course, there is tons of Office trivia. But these are the tidbits I found the most interesting. So, for now, I'll leave you with this:

Part of the charm of Neatorama is finding new things that you otherwise wouldn't seek out by yourself. I'm continually surprised at finding out neat and interesting things from other authors of the blog.
Abusive comment hidden. (Show it anyway.)
Tried watching this show once. Bo-ring.

Maybe it's an acquired taste.
Abusive comment hidden. (Show it anyway.)
I wonder how Bob Odenkirk would have done if he was Michael? I could picture it, and I know I'd love it. But I wonder how popular the show would become sans Steve Carell.
Abusive comment hidden. (Show it anyway.)
Not to be a bastard, but this post seems really out of sync with the rest of neatorama. I mean, ya it's great that you're a fanboy of The Office (along with many others) and all, but I think that belongs on a fansite or wikipedia. I've been reading neatorama for a long time, and I've always thought that it was more for learning or finding about universally interesting things.

Am I the only one who thinks that?
Abusive comment hidden. (Show it anyway.)
there's another office/lost connection on the dvd extras where dwight is interrogating ryan in his beet barn. he demands that ryan tell him who the others are.

i can't believe the office has been gone for two months now. argh
Abusive comment hidden. (Show it anyway.)
Login to comment.