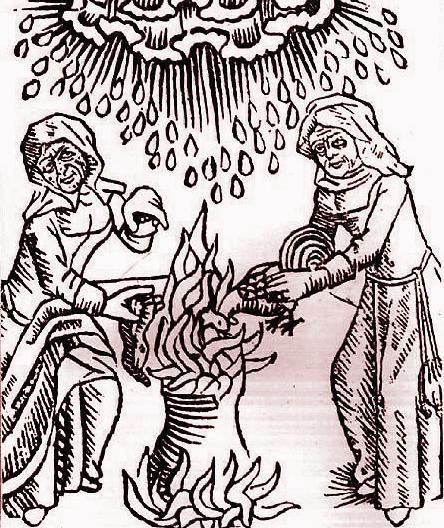 Nowadays, we have such a fascination of the bizarre and the unknown that no one would probably be surprised if someone said that they saw a UFO or that they have a photo evidence of mythical creatures like the Loch Ness monster or Big Foot.

But back in the days, people were absolutely terrified of things that were alien to them or that they couldn't begin to fathom which led to this unfortunate trial for a rooster in Medieval Switzerland.

The rooster was given a public defender:

On behalf of the gallinaceous prisoner, the facts of the case were admitted, but his advocate submitted that no evil animus had been proved against his client, and that no injury to man or beast had resulted. Besides, the laying of the egg was an involuntary act, and as such not punishable by law. If it was intended to impute the crime of sorcery to his client, he was entitled to an acquittal; for there was no instance on record of Satan having made a compact with one of the brute creation (Andrews, 1897, p154-156).

That was a good defense strategy, but the prosecutor countered:

The prosecutor replied that it was not a case of the devil making a compact with brutes, but that Satan actually entered into them on occasion; and he adduced the case of the Gadarene swine and the fact that these animals, though involuntary agents like the cock, had been punished (Hyde, 1915, p708).

What happened to the bird? Well, it was still the Middle Ages ...

An extract from the Chronicle of Basel: “In the month of August, in the year 1474, a cock of this city was accused and convicted of the crime of laying eggs, and was condemned to be burnt with one of his eggs in the Kublenberg, or public square, where the ceremony took place in the presence of a vast concourse of spectators.” That the owner of the unfortunate bird should not have shared his fate, is one of those marvels which sorcery alone can explain (Costello, 1861, p270).

Read the full story over at Esoterx