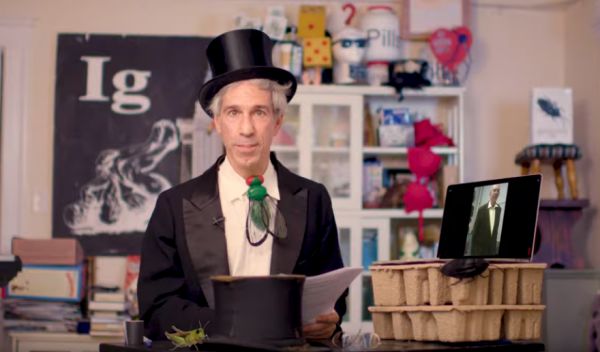 The magazine Annals of Improbable Research has bestowed the annual Ig Nobel Prizes for scientific research "that makes you laugh, then makes you think." The award ceremony was held virtually this year, which you can see here.

The 2020 Ig Nobel Peace Prize was awarded to the governments of India and Pakistan, after their diplomats played ding-dong-ditch with each other. A special Management Prize was awarded to five professional hit men in China for each taking a cut of the profits and never committing the murder. A Medical Education Prize was awarded to a group of world leaders for teaching us that "politicians can have a more immediate effect on life and death than scientists and doctors can." And there were some actual scientists who won Ig Nobel Prizes. Find out who they are in the complete winners list ahead.