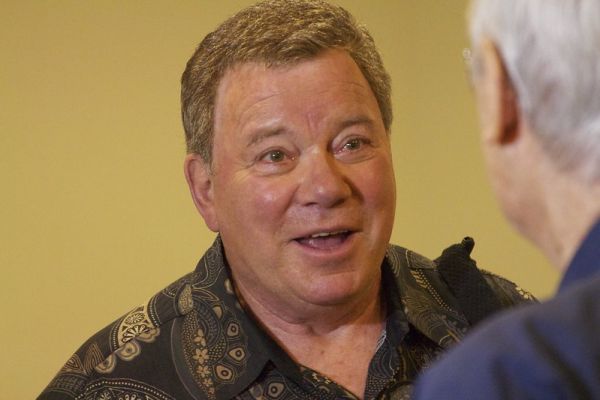 Sure, it's not unusual for business owners to find wallets and other personal possessions left behind by customers. But it is unusual to find that a lost wallet belongs to someone famous. In this case, the owners of the Fruit Barn--a roadside fruit stand in Gilroy, California--found that the wallet bore the identification of William Shatner.

ABC News 7 (warning: self-starting audio) reports that the 91-year old actor had visited the Fruit Barn, browsed a bit, and left with chilled cherries and corn. Employees who were too young to know Shatner found a wallet in the corn bin and took it to their boss, Gary Tognetti.

Of course, mere enlisted ranks like Tognetti can't just call up the Captain. So local police contacted Shatner and mailed the wallet back to him. The Captain tweeted out his thanks:

I would like to thank Gary and Natalie of B&T Farms @TfarmsB for their extreme honesty in returning my lost wallet. They are obviously good citizens. I would also like to thank Officer Mark Tarasco and Sergeant John Ballard from the@GilroyPD My best, Bill