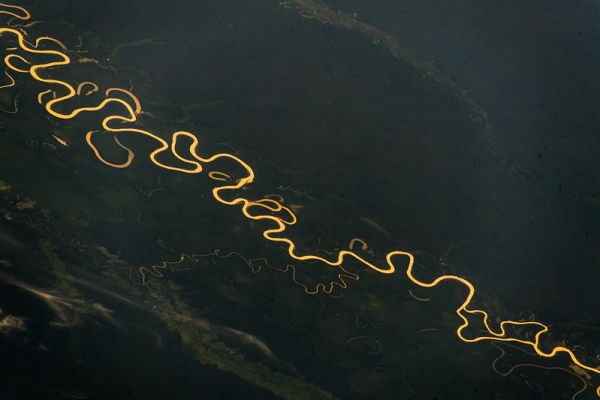 Just look at this photograph of the Amazon River! It looks like gold flowing through a darkened forest. It is not enhanced; the sunlight reflecting off the water among the darkened trees are due to the angle. This photo from taken from the International Space Station, by German ESA astronaut Alexander Gerst in 2018. You can see how the river is much longer than the distance it travels through, as thousands of years of flowing water has formed meanders and even oxbow lakes where the meander has collapsed on itself over time. The Amazon is unique because of its size and the lack of engineering along its banks. A river that has dams, cities, and levees does not curl itself into nearly as many meanders. -via reddit