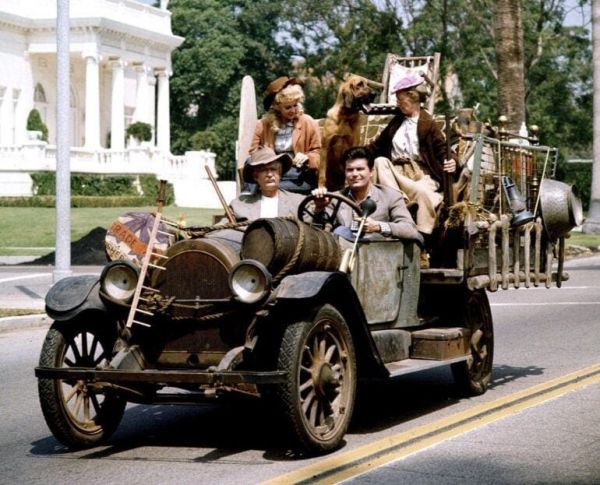 Trends in television were easier to define when there were only three networks. If a show became a hit, suddenly there were other shows just like it, and a simple formula could be run into the ground before the audience demanded something different. In comedy, the 1950s were the age of the suburban nuclear family sitcom. The '70s had more workplace comedies and families dealing with modern issues. In between, TV comedy in the 1960s was dominated by hillbillies, from The Andy Griffith Show to The Beverly Hillbillies to Hee Haw. Comedies that poked fun at a fictional rural South were a total escape from the real world.

When the newscasts were full of footage from My Lai and Saigon, from Selma and Birmingham, Americans looked for laughs in Hooterville. They sought them in Cornfield County, Pixley, and Mayberry. These were fictional rural places full of carefree, unencumbered country folks. There was no racial strife in these burgs because everyone was white. In these worlds, the sheriff didn’t carry a gun, a man could join the Marines and never talk about the war in Vietnam, and nobody even thought about the War on Poverty.

“Rural America was like true America: simpler, without all the problems of big city life, technology, the Russians, and that kind of stuff,” says TV historian and former executive Tim Brooks.

CBS did not invent the idea of using the South as a foil for modern life, but the shows it aired streamlined the concept for television. The combination of old stereotypes and mass media created an alternative "South" that combined all of rural America into a single land of silliness, simplicity, and safety. And it put an exaggerated idea of the white working class at the center of everything.

"Hillbilly TV" flourished until it was suddenly purged in 1971. But it never really went away completely. Read about the rise and fall of rural comedy from the perspective of its producers at The Bitter Southerner. -via Metafilter