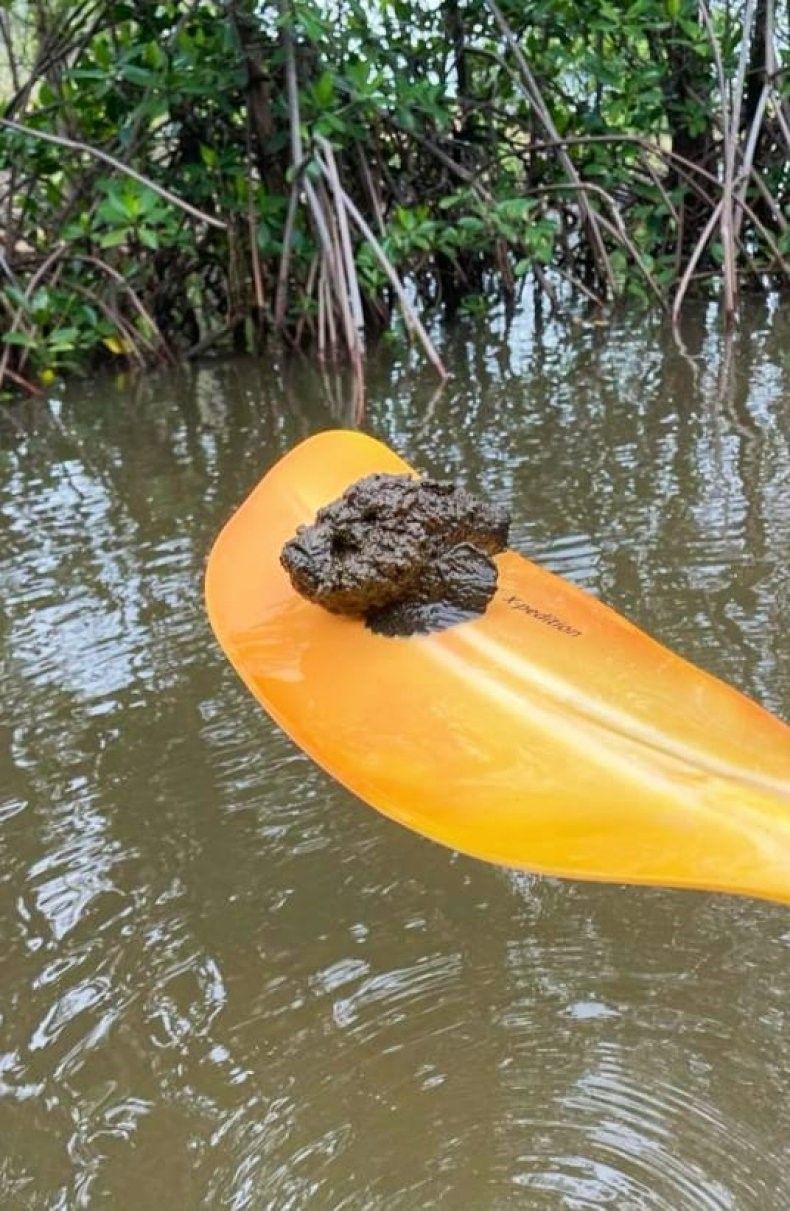 The stonefish is the world's most venomous fish. It's dangerous even by the ambitious standards of Australian wildlife. Its body has 13 spines through which it can inject venom into its prey. The fish usually lie peacefully on the bottom of shallow waters in northern Australia. Don't step on them.

A kayaker spotted one clinging to her paddle while she was out for a jaunt. It mercifully permitted the humans to leave its territory alive. About the stonefish venom, the Queensland Museum informs us:

The pain is immediate, excruciating and may last for many days. Muscular paralysis, breathing difficulties, shock, and sometimes heart failure and death can ensue.

To prevent stonefish stings, sturdy footwear should be worn on reef flats, or while wading on soft-bottom substrates adjacent to rocky or weedy areas. An antivenene for stonefish stings has been developed. In the event of a sting, the victim should leave the water, apply first aid and seek medical attention as soon as possible.