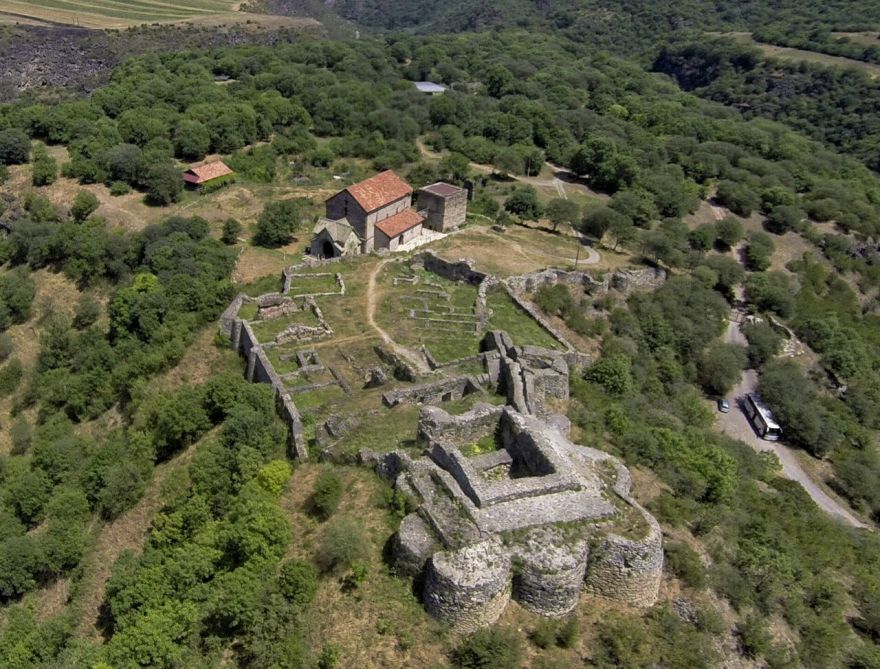 Dmanisi, located in Tbilisi, Georgia is a site that helps researchers in understanding a lot of aspects about our past. From using ancient proteins extracted from a rhinoceros tooth found in Dmanisi that let researchers build family trees and determine the relationships between different species, to the site assisting anthropologists in analyzing the brain organization of   the Dmanisi hominins, disproving that many quintessentially human behaviors require big, complex brains, the site is regarded as one of the most important sites in the story of human evolution:

“The Dmanisi hominins had surprisingly primitive, ape-like brains,” says Ponce de Leon. “However, (they) ventured out of Africa, produced a variety of tools, exploited animal resources, and cared for elderly people. These people with their small, ape-like brains were able to master cognitively demanding tasks. This is really astounding. They provide a completely new perspective on what these behaviors mean in terms of brain evolution.”

In addition to making tools and caregiving—one of the five partial skulls found at the site belonged to an elderly, toothless individual who would have been unable to eat on their own—the Dmanisi hominins, early members of the genus Homo, managed to survive in the middle of what appears to be an extraordinary concentration of big carnivores.