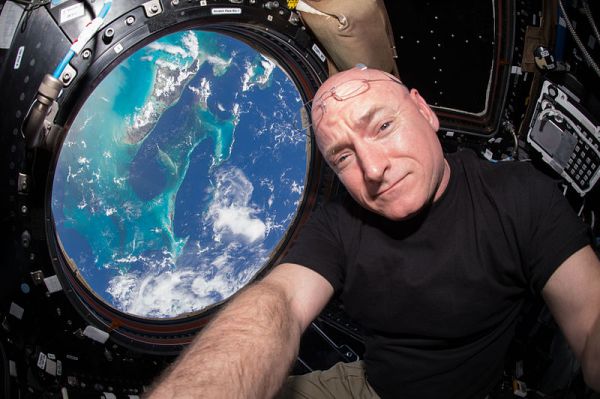 Scientists are still analyzing data from NASA's twin study, in which astronaut Scott Kelly spent a year aboard the International Space Station, while his identical twin brother, retired astronaut Mark Kelly acted as a control. A new research paper reveals that over 340 days in space, Scott Kelly's heart shrunk 27%!

That might sound alarming, but it’s a reflection of how adaptable the human heart is, explains study author Benjamin Levine, a professor of internal medicine at the University of Texas Southwestern Medical Center and Texas Health Presbyterian Dallas, to the New York Times’ Kenneth Chang. On Earth, the heart has to pump blood hard enough to move it upward while gravity pulls it down. But in the weightless conditions of orbit, gravity is no longer a factor, and the heart shrinks to an appropriate size.

The study assures us that Kelly's heart is just fine now, and he has recovered from the changes his body went through during his 2015-16 space sojourn. However, you must imagine the strength necessary to re-adapt a smaller heart to dealing with the force of gravity again upon return. Scott Kelly has since retired from NASA, while his brother Mark left retirement to serve as a US senator. An article at Smithsonian explains what went on with Kelly's heart and also that of long-distance swimmer Benoît Lecomte as he attempted to swim across the Pacific Ocean.