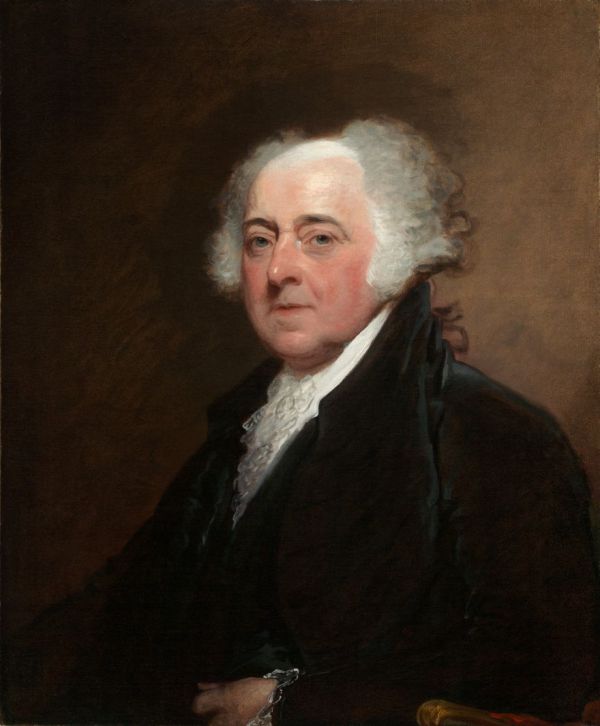 When President John Adams was 85 years old, he attended a conference in Massachusetts and came down with the flu, which he suffered from for several weeks. However, it did not curb his activities much, as he related in a latter to his daughter Louisa.

He wrote to Louisa after he recovered, saying, “I have had the influenza, and with great difficulty have got the better of it — but not perfectly cured.” Apparently it started as a cold that just got worse. “I attended every day the Convention,” he wrote, “and the air of that hall — instead of curing my cold imperceptibly increased it from day to day.”

Did he really expect the air of a crowded room to cure his cold? There was still a lot to learn as far as how colds and flus were spread in 1820, and Adams likely spread his disease far and wide. He wrote, “The unceasing hospitality of the gentlemen in Boston compelled me most willingly to accept invitations to dinner, almost everyday.”

Here is where the contact tracing list begins: “The company was most fascinating — an assemblage of the power, authority, wealth, genius, learning, and politeness of the State — the Governor, Lieutenant Governor, the President of Harvard College, the President of the Senate, the Chief Justice and other Judges, Mr. Webster, Mr. Prescot, Mr. Storry, some of the best of the clergy, strangers of distinction, electors of President and Vice President, and whatever characters there were most precious composed the company.”

In Adams' time, there were arguments back and forth about how illness spread. Adams attributed sickness to the weather, while Benjamin Franklin advocated for fresh air to blow stale air away. Neither really understood how diseases spreads, because no one did. Read about Adams' flu and how the former president might have infected all of Boston's elite at Plodding Through the Presidents. -via Strange Company

I do hope this sort of info doesn't make anybody think the actions of others in modern times (like the UK PM's advisor who detoured on his way to isolation after his wife and someone he recently visited with tested positive .. and on his "in breach of don't travel" trip to his country house to quarantine with the family also took a detour to sightsee at a castle for example) can be excused at all. There is a HUGE difference between not knowing and not wanting to know.
Abusive comment hidden. (Show it anyway.)
dang
Abusive comment hidden. (Show it anyway.)
Honestly hearing that this happened is not surprising, especially when you consider the elite status of everyone involved, and of course the fact that people then didn't have the same medical knowledge as they do now... but still...
Abusive comment hidden. (Show it anyway.)
Start New Comment Thread...