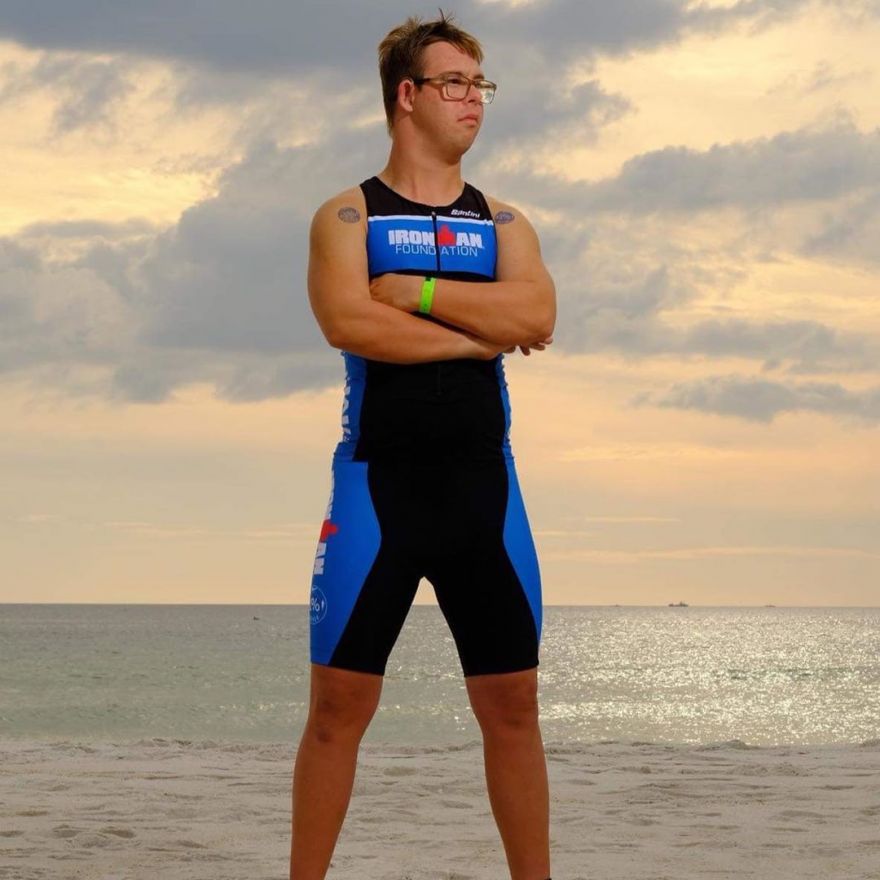 The race is called "Ironman" for a reason. It's brutal. Competitors must run a full marathon, bike 112 miles, and swim 2.4 miles. Chris Nikic, pictured above, is an ironman because he completed one on Sunday. This 21-year old man from Maitland, Florida is the first person with Down Syndrome to finish an Ironman. The Orlando Sentinel describes the obstacles he had to overcome to accomplish this ultimate athletic challenge:

Chris Nikic had his first surgery, to repair two holes in his heart, at 5 months old. He still needed a walker at 3. [...]

He began swimming as a kid in his parents’ back-yard pool and at 16 tried his first “sprint” triathlon — a dramatically shorter version of the Ironman. But he lost two years of training because of repeated surgeries to reconstruct his ear canals, which, in people with Down syndrome, are prone to chronic infections.

When he restarted, he could barely swim a single lap or run 100 yards without stopping.

But Nikic persisted and, as a result, inspired everyone involved in helping him achieve his goal:

“Because this is a first for us, we had to work out some logistics,” said Beth Atnip, Ironman’s vice president of global operations. “But I’ve met Chris, and he is so impressive. His heart is so big. And I think this will open doors for a lot of other folks who maybe just thought it was impossible.”