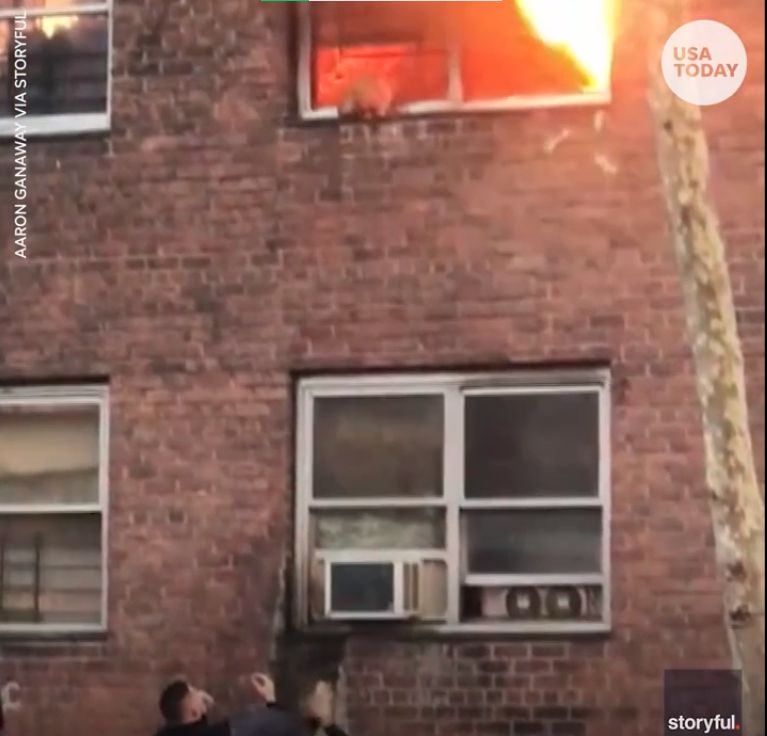 Don’t worry, the cat didn’t lose its life. Rescuers were ready to catch the orange cat in their arms as it jumped from a burning second story window in Harlem, New York. I’m surprised that the cat was willing to jump straight down even if there was a chance that the rescuers wouldn’t be able to catch it. Way to go, little cat!