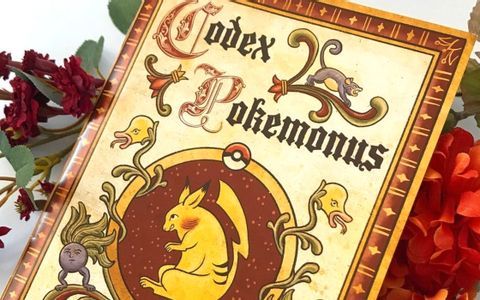 Pokémon is one of the most beloved franchises out there. Fans love creating and seeing new reinterpretations of the pocket monsters in any shape or form. Artist DobieDraws created an index of the first generation of Pokemon in the style of illuminated manuscripts of the Middle Ages. Basically, it’s like a medieval Pokedex! The 32-page booklet depicts these cute beasts medieval style, and the descriptions for each Pokemon is in written in classical Latin and in distinguished calligraphy, as CBR details:

All writing appears in distinguished calligraphy, and the pages have an aged effect to complete the illusion.

Although each Pokémon shown in the preview images is recognizable, the art appears to reflect painstaking research on medieval art, with visual references to different creatures that might have appeared in real manuscripts. Gyarados plays the part of a classic sea serpent, while Mewtwo's supreme power is represented with a Christ-like halo.