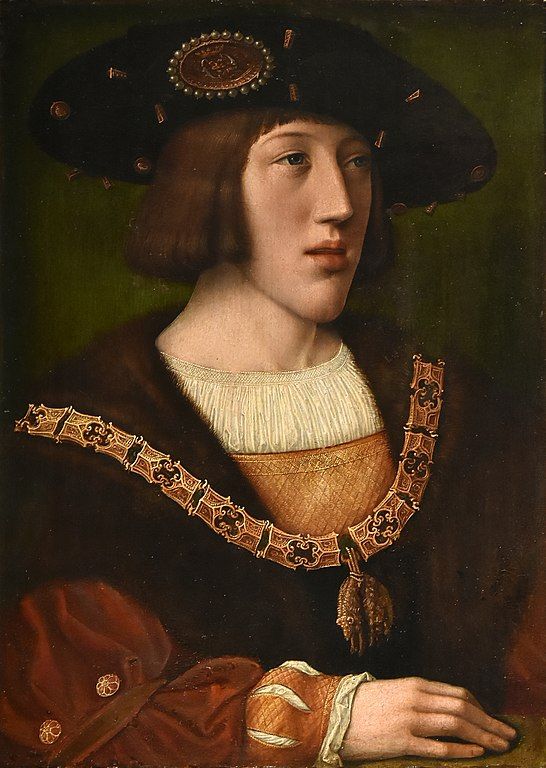 Even if you don't know the kings of history, you can recognize that the young man in the portrait is a Habsburg. Charles von Habsburg was born in 1500 as the heir to half the kingdoms of Europe, and eventually became the Holy Roman Emperor. As such, the matchmaking began early. Charles was engaged to be married by the age of seven. However, these things don't always work out.

Charles had an almost inexhaustible number of possible brides. During his lifetime, he was engaged to at least five different women, with only one resulting in marriage. He was engaged to two English princesses, two French princesses, and one Portuguese princess. Two of his fiancées were his close cousins.

That's what royals do. Read about the unfortunate early love life of Holy Roman Emperor Charles V at The Freelance History Writer. -via Strange Company