The following is an article from Uncle John's Endlessly Engrossing Bathroom Reader.

Have you always dreamed of being a princess or a king? Be careful what you wish for -you might end up like one of these folks.

ALL IN THE FAMILY

For the past thousand years, the royal families of Europe have routinely intermarried. Why? They did it to create dynasties and to keep the royal wealth within their families. The problem: Over time it can create a genetic nightmare. The poster family of royal inbreeding is the House of Hapsburg. Since the 15th century, the Hapsburg have intermarried with royal relatives in Spain, Austria, England, Hungary, Bohemia, Greece, Portugal, and Mexico. Somewhere along the line it created a genetic deformity called the “Hapsburg lip,” which then spread through the family tree. This condition, known as mandibular prognathism, causes the lower jaw to protrude in front of the upper teeth like a bulldog.

Other common Hapsburg traits due to inbreeding: a large misshapen nose, sagging lower eyelids, stunted bodies, and hydrocephalus. This genetic disorder, more commonly known as “water on the brain,” makes fluid accumulate in the skull, putting pressure on the brain. It causes mental disabilities, convulsions, and death -symptoms the Hapsburg royals had in abundance. 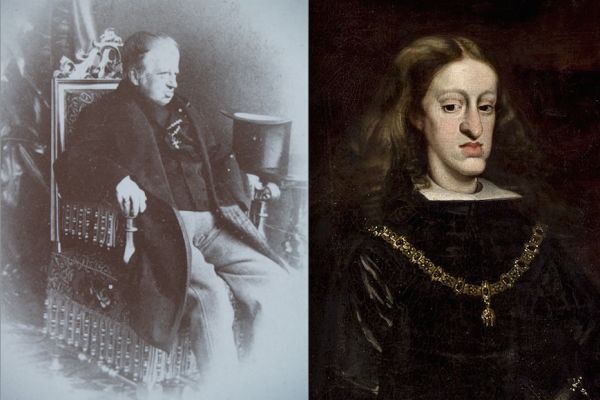 Left: Ferdinand I of Austria in 1870. Right: Charles II of Spain.

* In 1793 Emperor Franz II married his double first cousin (they had the same four grandparents) Marie-Therese. Their son, Ferdinand I (1793-1875), was born with a hydrocephalic head, shrunken body, and epilepsy. He had the Hapsburg jaw, a tongue too large for his mouth, and only marginal intelligence. One of his favorite pastimes was to wedge his bottom in a wastebasket and roll around the floor on it. Despite that, he reigned as emperor for 18 years.

* In 1649 King Philip IV of Spain married Mariana of Austria… his niece. Their son Charles II (1661-1700) had maladies like those of Ferdinand I except that his tongue was so huge he could hardly eat or talk. He was also impotent, which ended the Hapsburg’s reign in Spain. 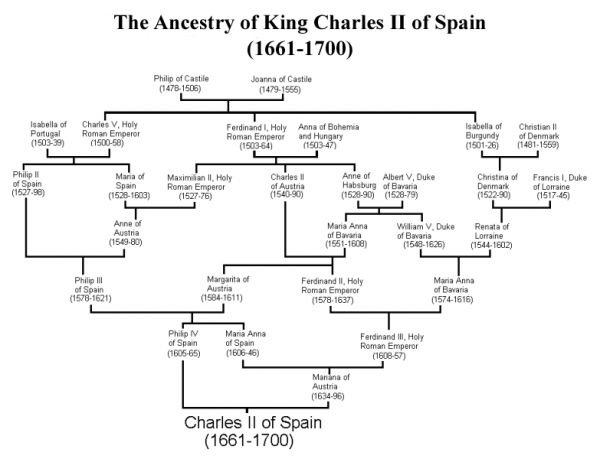 The Hapsburgs weren’t the only royal house muddying the gene pool. In 1802, as British essayist Walter Bagehot noted, “every hereditary monarch in Europe was insane.”

* Queen Maria I of Portugal (1734-1816), whose half-wit husband was also her uncle, liked to dress like a little girl and throw temper tantrums.

* Christian VII of Denmark (1749-1808) ran around the palace smashing furniture and banging his head until it bled.

* Russian Emperor Paul I (1754-1801) may have been a paranoid schizophrenic, and was given to unpredictable behavior: In 1797 he banned shoes with laces, then sent troops into the streets of St. Petersburg with orders to kill anyone violating his edict.

* Ludwig I of Bavaria (1786-1868) was prone to wander the city of Munich in rags carrying a tattered umbrella.

By all accounts Queen Victoria of England (1819-1901) and her husband (and cousin) Prince Albert (1819-1861) had a happy marriage. Together they produced nine children and married them into every royal family in Europe. Unfortunately one son and two of their five daughters carried a deadly gift from their mother in their genes- hemophilia. Hemophiliacs lack the protein that clots blood, making the smallest cut a potential killer. Victoria’s children who carried this defective chromosome passed it on through their children, some of whom passed it on to their children. The disease is believed to be extinct among the remaining European monarchies, but since female descendants can carry the gene without knowing it, it’s possible that it’s still out there somewhere. 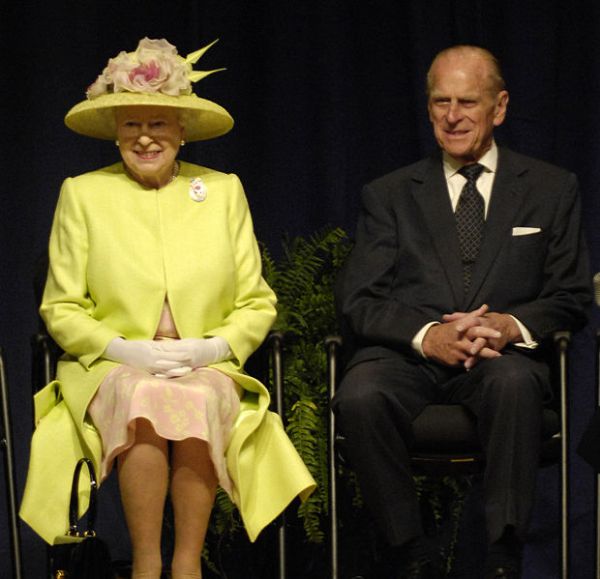 The current ruling dynasty of England, the House of Windsor, is carrying on the breeding habits of their ancestors. Queen Elizabeth II (1926- ) is married to Prince Philip, her second cousin once removed through King Christian IX of Denmark, and her third cousin through Queen Victoria. The beat goes on…

The article above is reprinted with permission from Uncle John's Endlessly Engrossing Bathroom Reader.

Not the only way, though.

Philip IV and his niece Marianna had five children. Three died in infancy. One was Charles II. One daughter, Margaret Theresa, married the Holy Roman Emperor, to whom she was related on both sides, and produced several children who died in infancy as well as many miscarriages. Only one of her children lived to adulthood, and Margaret Theresa died at age 21.