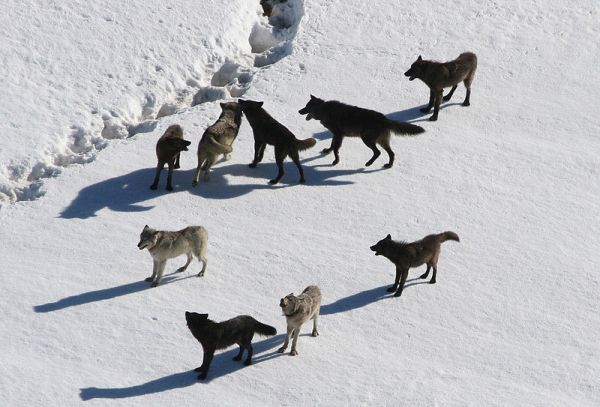 The National Park Service was created in 1916, and one of the first things they did was kill off the wolves that lived in Yellowstone National Park. After all, they preyed on other wildlife in the park, and more importantly, were a danger to visitors and nearby livestock. The wolves were wiped out by 1926, and the elk population exploded. Wolves were re-introduced into Yellowstone in 1995, amid much controversy. So how's that turned out all these years later?

“Eighty percent of wildlife studies are three to five years,” Smith said. “Literally, that’s just scratching the surface, because you might be just getting one phase of a cycle or the animals may be doing something different because of some unique circumstance. You just capture that moment in time. You’ve got to go through the ups and downs, the hard winters, the easy winters, the droughts, the human disturbance that shoots up a pack. You’ve got to get that whole menu of possibilities. It gives you great insight. I think the 25-year thing is just a start.”

So what have scientists learned in 25 years? True to their keystones species role in the Greater Yellowstone Ecosystem, the wolves created what ecologist call a trophic cascade. Basically, once they resumed their role as a dominant predator, the effects rippled through the ecosystem. Wolves knocked down the elk population, willows sprung back, and beavers benefitted, which resulted in more beaver ponds that in turn created habitat for other aquatic animals.

In fact, the wolves ate way more elk than scientists had initially predicted. Read about the wolf re-introduction experiment at Earther.

See a video about the many expected and unexpected ways wolves have shaped Yellowstone in a previous post.