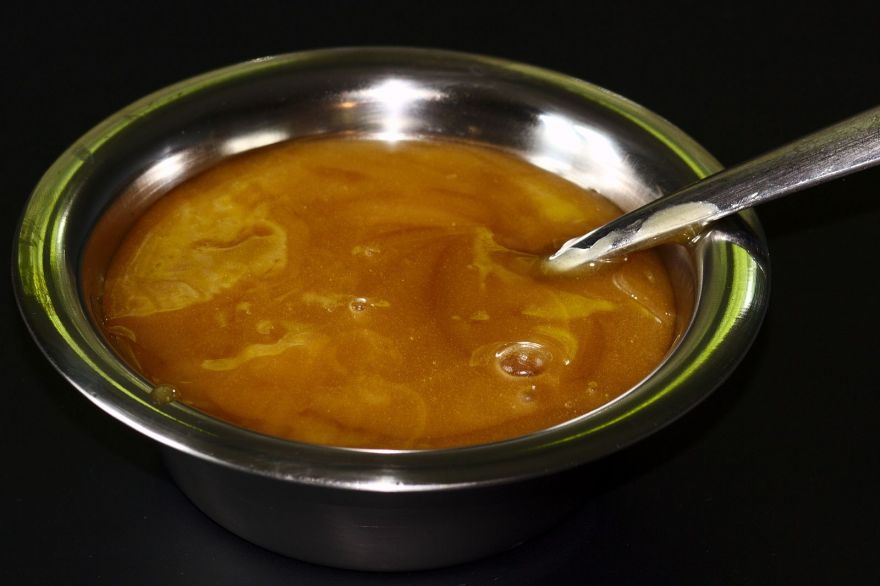 Back in ancient times, humans liked to put various things on their open wounds, many of them strange (like moldy bread), if not disgusting (like animal poop). Aside from these things, they also put honey on their wounds, and this sweet substance seems to be making a medical comeback after thousands of years.

… there’s one type of honey that researchers have paid the most attention to, because its bacteria-killing arsenal goes beyond hydrogen peroxide. Manuka honey comes from honeybees that feast on the nectar from manuka flowers in New Zealand. Carter says manuka honey’s antibacterial properties stem from a special chemical in manuka flowers called dihydroxyacetone, or DHA. In honey, DHA becomes methylglyoxal (MGO), which is a sugar that attacks undesirable bacteria. Humans and other organisms have a well-developed enzyme system that protects them from MGO, while bacteria don’t fare as well.

Just like the way ancient humans used honey, scientists have primarily focused on using honey to treat wounds. “There is a lot of scientific evidence that shows that honey allows complex wounds to heal,” says Edwar Fuentes Pérez, a biochemist at the University of Chile.

So, not only is honey good for the body when ingested, it’s also good for healing wounds!

More details about this over at Discover Magazine.

"goes beyond hydrogen peroxide" ... which you should also never put on wounds. Actual science shows the majority of the evidence supporting honey as a wound dressing is from poorly designed studies and perception bias. Evidence does suggest it is useful in some circumstances but it is no "golden" bullet as it is sold. One interesting note also is that of course it works as an antibiotic.. beekeepers in the majority of the world lace their hives with actual antibiotics to prevent diseases from destroying the hive. This is generally not considered when doing poor quality assessments of its efficacy.
Abusive comment hidden. (Show it anyway.)