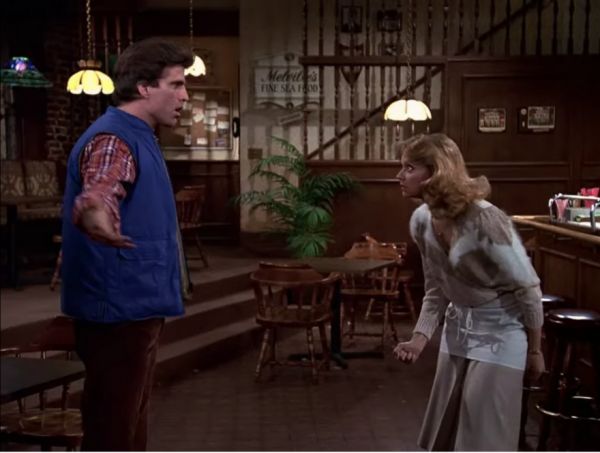 Cheers was a sitcom about a Boston bar that ran for eleven years, but (depending on your age) the most memorable and long-running dynamic was the five-year relationship between Sam Malone (Ted Danson) and Diane Chambers (Shelley Long). They were complete opposites, totally unsuited for a long-term relationship, yet endured through years of sexual tension, romance, fights, regret, misunderstanding, and an entire year of flirting with matrimony.

But while the nature of the fictional couple might be unique, their onscreen history has an arc as old as time. What began as an exciting take on social opposites, capturing the precise ways in which physical attraction and emotional intelligence are often at odds, ultimately curdled into a repetitive, occasionally mean-spirited cycle, born out of the writers’ boredom with the material as well as creative differences with talent. A compelling hook that secured a massive loyal audience became a narrative anchor from which Cheers would attempt to distance itself after Long’s departure from the series. However, for a few glorious years, Sam & Diane was as riveting as anything the medium has ever produced. More impressive was that it was entirely predicated on the explosive chemistry, and physical vulnerability, between two young actors on the brink of national stardom.

The A.V. Club takes a deep dive into the characters of Sam and Diane, why they worked, why they didn't, and why they sucked us into their lives for so long. The article contains plenty of nostalgic Cheers clips. -via Metafilter