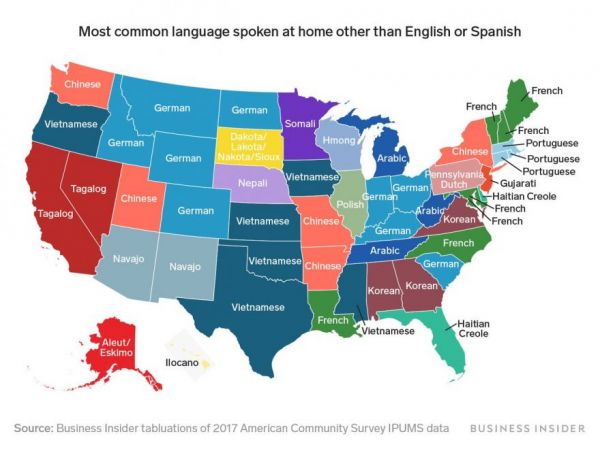 Even though most business and communications in America are conducted in English, we do not have an official language. And you may be surprised at how many Americans speak more than one language. Business Insider put together a map of the most prevalent language in each state, excluding English and Spanish. Some of these languages have been handed down from ancestors for hundreds of years, while others are due to relatively recent immigrants flocking to areas with other immigrants from the same nations. You might be interested in comparing this map to one we posted in 2014, as there have been some changes.