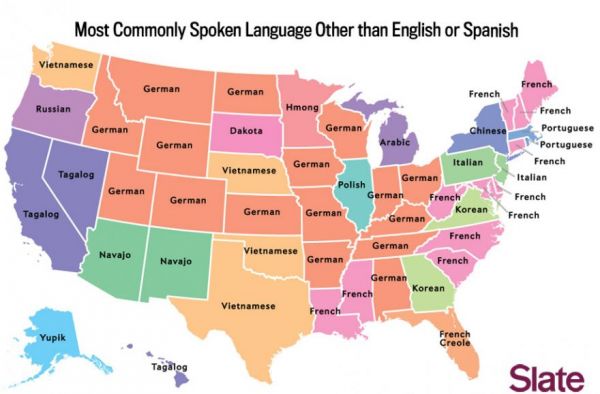 The most common language in every U.S. state is English, and the second-most common language in all but seven states is Spanish. But what comes next? The results tell us something about each state’s history of immigration. Ben Blatt put together quite a few maps exploring the languages spoken in the different states.

One of the most interesting data sets for aspiring mapmakers is the Census Bureau’s American Community Survey. Among other things, that survey includes a detailed look at the languages spoken in American homes. All the maps below are based on the responses to this survey. For instance, Mandarin, Cantonese, and Chinese are separated as different responses in the data, so were treated as different languages when constructing these maps. If those languages had been grouped together, the marking of many states would change.