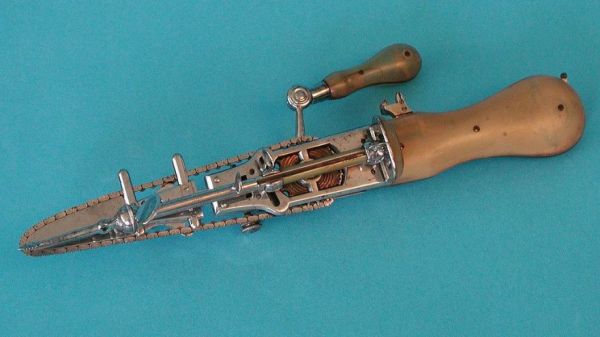 You probably thought the chainsaw was developed to cut down trees, which makes total sense. But that's not how it came about. Before the cesarian section was refined enough for both a mother and baby to survive the procedure, drastic action was sometimes required to deliver a child stuck in the birth canal.

In the 18th century, two Scottish surgeons named John Aitken and James Jeffray devised a solution they could employ when faced with difficult childbirths. Rather than use a knife to widen the pelvic area by slicing through cartilage and bone to extricate a stuck baby, the two developed a chainsaw to make cutting easier.

While this sounds ghastly, the doctors were actually trying to lessen the agony endured by women who needed their pelvic bone separated. The knife took a long time, while their device—a modified knife with serrated “teeth” on a chain—could cut through bone and tissue more quickly.

This disturbing practice died out when medical advances allowed doctors to remove a child while avoiding bones altogether. But the chainsaw was still a useful gadget. In the 20th century, chainsaws were adapted for work that seems more familiar to us, like cutting trees. Read the rest of the story at Mental Floss. 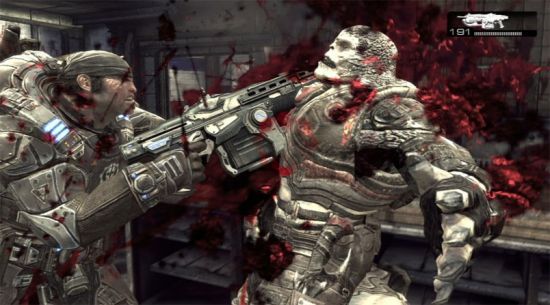 how babies used to be born
Abusive comment hidden. (Show it anyway.)
were pliers invented for child abortion?asking for millions of dead babies because chicks can't keep their pants on!
Abusive comment hidden. (Show it anyway.)
Except it wasn't. The device in the photo above (and at Mental Floss and At PopSci) is an https://en.wikipedia.org/wiki/Osteotome, invented long in 1830 before Aitken (1785) and Jeffray (1806).
At any rate, in my reading my impression is that the Aitken and Jeffray inventions were more along the line of the https://en.wikipedia.org/wiki/Gigli_saw, or camping "https://www.walmart.com/ip/Coghlans-Deluxe-Commando-Saw/21863744" albeit with a toothed chain instead of a twisted flat wire. Not something with a chain over a bar mechanism like the 1830 Osteotome. Aitken's Principles of Midwifery or Puerperal Medicine (1785) is readable on google books and clearly describes his saw as having a removable handle so that the chain can be passed behind a bone, and that it is operated by pulling alternately on each end.
Abusive comment hidden. (Show it anyway.)
Login to comment.