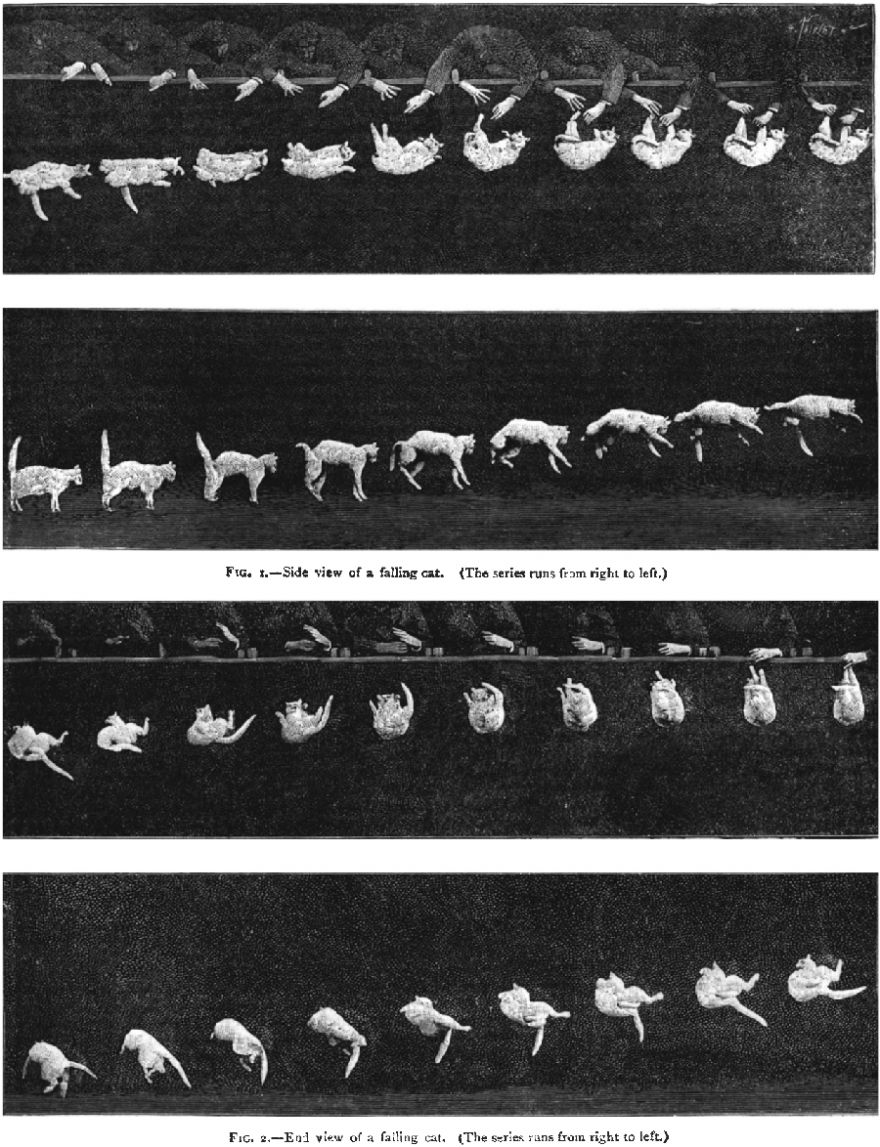 Why do cats have nine lives? Because every time they fall off precarious heights, they always seem to land on their feet. When scientist-inventor Etienne-Jules Marey first observed this, he started to make experiments by dropping a cat and capturing its fall through chronophotography.

This showed how cats were able to break their fall by bending their bodies to harness the inertia of their weight and why they are able to land on their feet every time they fall.

The white cat survived its ordeal by arching its back mid-air, effectively splitting its body in two to harness the inertia of its body weight, much like a figure skater controlling the velocity of her spin by the position of her arms.

But cats weren't the only ones with which Marey had tried to experiment on the physics of motion.

Marey's preoccupation with the mechanics of organic locomotion extended to horses and humans. It prompted him to invent photographic techniques that prefigured cinematography, and, more darkly, to subject other, less-catlike creatures to deadfalls from similar heights.