There are those that argue that intelligence is a human standard and that animals cannot be evaluated on such terms. But when an animal lacks proper nutrition because it only eats food that its body wasn’t made for, or when creatures turn to humping something that could very well eat them, it does seem fair to call these animals stupid. I’m not saying a critter has to know how to program a DVR, but if it can barely keep its own species alive without human intervention, then it deserves to be called out on its flaws –besides, it’s not like they’ll understand what we’re criticizing anyway. 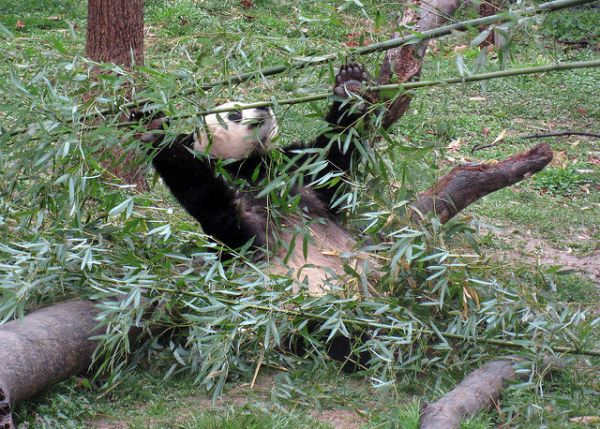 Yes, pandas are adorable and we should continue to do our best work to prevent their extinction, but they aren’t exactly making the species recovery easy and that’s largely because they really are just big stupid lumps. It’s not entirely their fault. Pandas are giant carnivores (they still have the teeth and digestive system of a carnivore and can eat meat, fish and eggs when necessary) that have evolved to survive on bamboo, which is incredibly low in nutrients. Because bamboo is so low in nutrients, pandas must eat it constantly in order to survive.

That’s also why they are so stupid and lazy. With practically no protein or vitamins, bamboo is hardly brain food and it certainly doesn’t provide pandas with enough energy to get up and go. That’s part of the reason they only mate once a year in the wild –they just don’t have the energy to do it more often than that.

Once the mother is pregnant, she’s hardly about to go out and win any mother of the year awards. The babies are so small and pregnancy has such a minimal impact on the pandas that the females often have no idea they’re pregnant and often give birth without even realizing it. As a result, the mother often doesn’t recognize her cubs, which are usually born in pairs, and will try to kill the screaming babies. She also might not notice them and just roll on top of them, crushing the cubs to death while she sleeps. If the mommy actually does pay attention and decide to care for her young, she will then choose the stronger of the two cubs and let the smaller one starve to death because her bamboo-exclusive diet ensures that she won’t have enough milk to sustain two babies.

Heck, if we really want to save the pandas, maybe we should just start throwing them a few steaks here and there, seeing as how bamboo seems to cause all kinds of problems in their lives.

These flightless parrots are absolutely adorable, but because they evolved in an area with no predators and ample food, they had no reason at all to develop their brains. Without a reason to work on a defense strategy, the kakapo has defaulted to an absolutely horrible method of defense. If you scare it, it will either hold completely still, or climb up a tree and then jump out –but since it can’t fly, it merely lands in a pathetic heap on the ground. If you don’t scare it, it very well may come out to say hi and, if it is a male, it may try to have sex with you.

Males are a lot more interested in getting it on, but they aren’t very smart about it. For one thing, they attract females by making a nice mating area, digging a big hole next to rocks and then making a noisy booming call. The only problem, the call echoes all over the place and sometimes the females can’t even find the mating area. There are plenty of stories of receptive females heading to an empty mating spot and waiting for days for a male that will never come. When the males can’t attract a female, they’ll go about their island habitat humping anything that moves, including predators and humans.

These terrible behaviors might have made it a laughing stock to native New Zealanders, but when visitors started to send ships there and those ships carried rats, cats, dogs and pigs, the kakapo population was decimated. Carnivores caught them without any trouble and herbivores started eating all the seeds and fruits on the ground and in the trees, leaving too little for the poor little kakapo.

These days, there are only about 125 kakapos left. On the upside, this is a big increase to the thirty or so that were alive only twenty years ago. 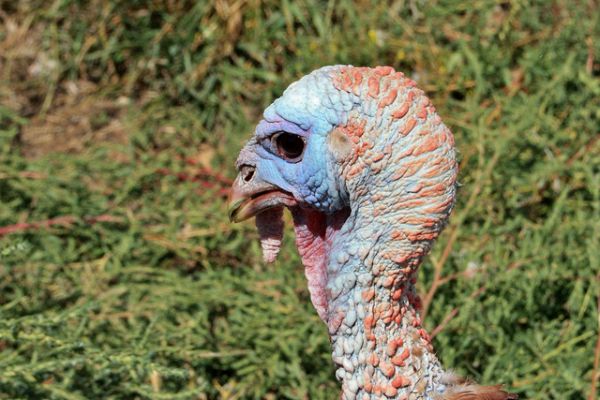 Despite rumors you may have heard, turkeys do not drown themselves in the rain. It’s true that domestic turkeys are some of the most difficult livestock to keep alive and that they are so stupid that they stare at the sky for up to 30 seconds at a time, but they won’t drown in the rain.

No, what makes them stupid enough to be on this list is their sex drive. Granted, they might not be as pathetically inept as kakapos or pandas when it comes to sex, but they still are pretty darn pathetic in that arena. Researchers have found that male turkeys will do mating dances and mount a model of a female turkey. Sure, that’s not that uncommon for animals, but what is odd is the fact that when researchers started to strip the parts off of the fake turkey, all it took to get the males going was a head. As if that weren’t bad enough, the turkeys would even attempt to mate with a two year old dehydrated male turkey head on a stick.

Sorry Australia, not only are you being overran with a hideous animal, but it’s not even a smart animal at that. The male cane toads are like kakapos –they’ll hump anything, and I mean, anything. They’re well known for humping dead animals, even trying for hours to hump a female that has been run over by a car, but they don’t limit themselves to just dead frogs, they’ll even hump dead salamanders, snakes, lizards, mice, anything.

Hey, maybe that’s how you guys can put an end to the toads, just layout some dead animals in your driveway and shoot the cane toads every time they come around to hump them.

What’s the stupidest animal you’ve ever come up against? For me, it had to be a dog that constantly misbehaved, but then peed every time it got in trouble, but at least dogs, as a species aren’t that stupid overall.

Well, I was going to comment on how funny this article was, but you know what? Your stupid comments to the previous commenter have changed my mind. I won't praise anyone who's so quick to criticize. You can't tell how someone is saying something over the Internet, so jumping right in and calling her an idiot was out of line.