The following is an article from Uncle John’s All-Purpose Extra Strength Bathroom Reader.

It was a dark and stormy night... no, it really was. And that was the perfect setting for telling one of the scariest stories of all time. Here's how it happened.

It all started in the summer of 1816. Percy Bysshe Shelley, the famed English poet, was vacationing along the shores of Lake Geneva in Switzerland with his 18-year-old future wife Mary Wollstonecraft. In adjoining villas were their friends, the poet Lord Byron, and Lord Byron's personal physician Dr. John Polidori. "It was a wet, ungenial summer," Mary Shelley later wrote, and then the rain "confined us for days."

The group passed some of their time reading German horror stories. Then inspired by the tales, Lord Byron announced to the group, "We will each write a ghost story." And with that challenge, two of the most enduring monsters in English literature came into being. 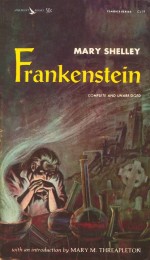 Mary Wollstonecraft wrote a tale about a mad scientist who assembles a monster out of body parts stolen from cadavers and then brings the monster to life. Polidori, she recounted later, "had some terrible idea about a skull-headed lady, who was punished for peeping through a keyhole." Percy Shelley came up with a story "founded on the experiences of his early life" ...and Lord Byron created a story about a vampire.

Wollstonecraft spent the rest of the summer turning her story into a novel-Frankenstein. Lord Byron never did complete his story, but Dr. Polidori was so intrigued by the vampire idea that he scrapped the skull-headed lady and, borrowing from Byron, later wrote The Vampyre, the first vampire novel of any substance to appear in English literature. The Vampyre was published in the 1819 edition of New Monthly Magazine, and earned Polidori £30.

The Vampyre might have been just another simple retelling of the traditional vampire legends of Eastern Europe, were it not for the fact that Polidori and Lord Byron had once been lovers. Cooped up in the villa in Geneva that summer, they were driving each other crazy. Polidori was jealous of Byron's increasingly close friendship with Percy Shelley, and, perhaps because of this, he decided to make the vampire character a parody of Lord Byron. 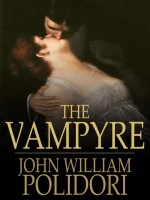 The vampires of Eastern European lore were not that different from today's conception of werewolves: They were scary, uncivilized creatures, more animal than human. But Polidori's character was different. His vampire was a nobleman, and an immoral, sinister antihero named Lord Ruthven-not unlike Lord Byron, whose numerous sexual liaisons were the scandal of English society.

The name Ruthven was another dig at Byron. Polidori took the name from Ruthven Glenarvon, the main character of Glenarvon, a popular novel, written by Lady Caroline Lamb, another of Byron's former lovers. Lamb, too, had intended her character to be a satirical slap at Byron.

The Vampyre was modestly successful, but not a hit. Two years after it was published, Polidori, despondent over his failures both as a physician and a writer, committed suicide. Yet, for all its failings, The Vampyre was indirectly responsible for launching Europe's first vampire fad.

There is not a theatre in Paris without its Vampire! At the Potre-Saint-Martin we have Le Vampire; at the Vaudeville Le Vampire again; at the Varietés Les trois Vampires ou le clair de la lune.

The nobleman-vampire was a common theme in these French works. By the time an Irish writer and civil servant named Bram Stoker arrived in London, England in 1878, vampires had become a common theme in English drama and popular literature as well. 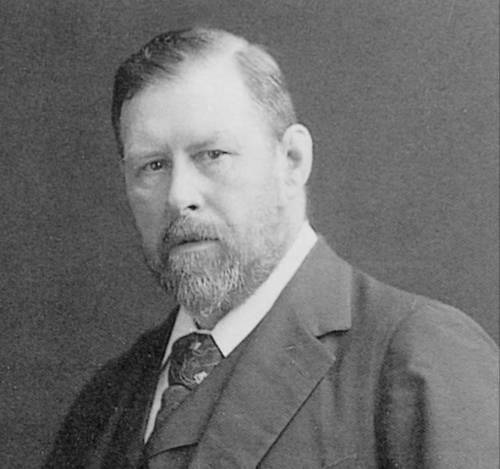 Stoker had been hired to manage the Lyceum Theatre, the most famous theater in London. He was also the personal assistant of Henry Irving, owner of the Lyceum and the man considered the greatest actor on the Victorian stage. And on top of that, Stoker also liked to write novels in his spare time. He had already written three: The Snake's Pass, The Winter's Mou', and The Shoulder of Shasta. None of them had sold very well or won him much acclaim.

Some time around the year 1890, Stoker decided to try his hand at writing his own vampire story.

Stoker decided to try to make the novel seem more authentic by setting the story in the present and inserting as many authentic details as possible. But where would the story take place? Who would the main character be?

At some point, as he was sketching the outlines of his vampire tale, Stoker stumbled upon the name of Prince Vlad "The Impaler" Dracula, a tyrannical 15th century warlord. No one knows for certain when or where Stoker learned of the existence of Dracula, but according to one theory, he made the discovery in 1890 while vacationing in the seaside town of Whitby, North Yorkshire. Stoker, who made the village the center of action for much of his vampire story, reportedly found a book on Vlad the Impaler in the Whitby Library. 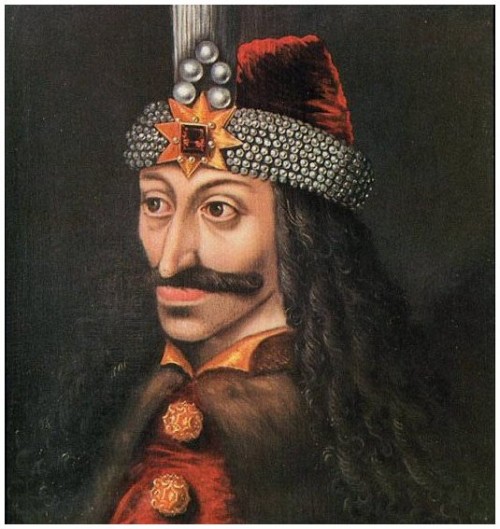 Some time later while researching his novel, Stoker met Arminus Vambrey, a professor from the University of Budapest. Vambrey had traveled extensively in Eastern Europe and Central Asia, and knew many Dracula tales, which he shared with Stoker over dinner. "After Vambrey returned to Budapest," Raymond McNally writes in In Search of Dracula, "Bram wrote to him, requesting more details about the notorious 15th-century prince and the land he lived in. Transylvania, it seemed, would be an ideal setting for a vampire story."

Working in the circular Reading Room of the British Museum Library, Stoker read up on the superstitious beliefs of Romanian peasants, and scoured every book and map he could find that described the geography and features of Transylvania (which he'd never visited). He also placed much of the story in Whitby, and even named the ship in the story the Demeter, after a Russian ship that had run aground there in 1885. He may also have drawn some "inspiration" from the crimes of Jack the Ripper, who terrorized London from August to November 1888.

By the time he'd completed his novel, Stoker had worked for Henry Irving for nearly 20 years. He idolized Irving, and is said to have modeled Dracula's character after some of Irving's finest stage performances. Stoker hoped to turn his novel into a theatrical vehicle for Irving, and even arranged for a dramatic reading of Dracula at the Lyceum Theatre in May 1897. 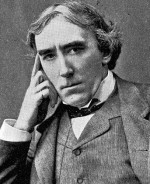 The book, Stoker must have hoped, would demonstrate that he was as talented a writer as Irving was an actor. But it was not to be. "Legend has it," Stoker's grand-nephew and biographer Daniel Farson writes, "that Sir Henry Irving entered the theater during the reading and listened for a few moments with a glint of amusement. 'What do you think of it?' someone asked as he left for his dressing room. 'Dreadful!' came the devastating reply, projected with such resonance that it filled the theater."

CURSE OF THE VAMPIRE

Stoker had hoped that even if Irving rejected Dracula, the novel might be a financial success. His wife Florence expected as much, predicting that Dracula would earn a lot of money for the family, perhaps even enough for Stoker to quit his his job at the Lyceum Theatre and either retire or take up writing full time.

"The prediction turned out to be mistaken," Leonard Wolf write in Dracula: The Connoisseur's Guide. "Though it had a steady small sale, in Stoker's lifetime it did not earn enough to change the Stoker's standard of living."

Stoker continued writing an average of one novel a year-none of which were very successful-and working at the Lyceum Theatre until October of 1905, when Henry Irving died suddenly and the theater closed. He spent the next few years moving from one theatrical project to another until May 1909, when he suffered a stroke that made it impossible for him to continue working. By 1911 he was virtually destitute, and had to apply to the Royal Literary Fund for assistance (he received £100). He died broke on April 20, 1912 at the age of 64. A year later, Florence Stoker was forced to sell her husband's working notes for Dracula at a public auction. They sold for under £3. 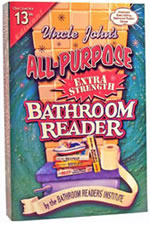 The article above is reprinted with permission from Uncle John's All-Purpose Extra Strength Bathroom Reader.

The 13th book in the series by the Bathroom Reader's Institute has 504 pages crammed with fun facts, including articles on the biggest movie bombs ever, the origin and unintended use of I.Q. test, and more.