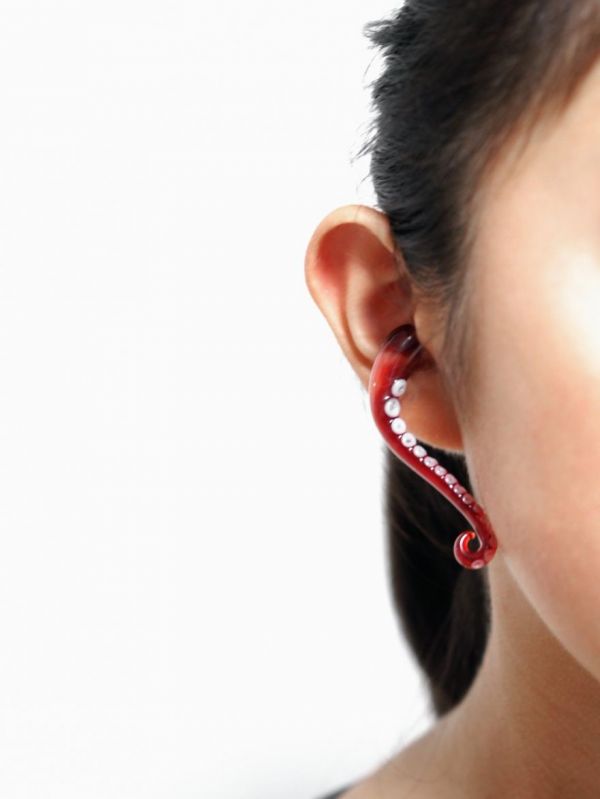 No, she's not been infected by a parasitic alien cephalopod; these are earbuds, but I don't blame you for taking a second look. Glass artist Genki Hirano crafted unique wireless earbuds for a design show in Japan last year. The theme of the show was marine life, which inspired the octopus tentacle. They were a hit, but he only make a few glass sets for the show. To fill popular demand, Hirano partnered with a toy manufacturer to make a plastic version for the public, with six different tentacle designs.

But don't think it will be easy to get your hands on them just yet. The tentacle earbuds have recently gone on sale only in vending machines in Japan. Still, who knows- they might prove popular enough to eventually be offered for sale online. My guess is that it won't be long before someone sets up a resale operation. -via Nag on the Lake