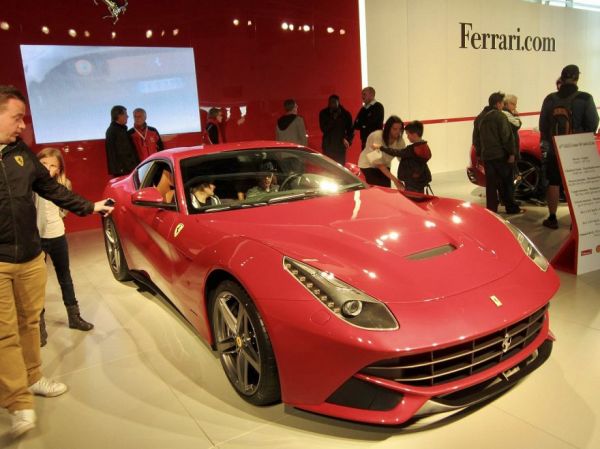 It's a well-known stereotype: a man going through a midlife crisis often buys a sports car, preferably an expensive one. We've also heard the joke that a fast car (or a big truck, in some circles) means the driver is compensating for something. Those stereotypes must have inspired the design of an experiment by four British scientists. The subjects were 400 men between the ages of 18 and 74, who were told this would be a test about recalling facts and details. They manipulated them into thinking their penis is either larger or smaller than average, by telling the men, among other "facts," a false statistic for the average penis size, which no man can resist comparing to their own. Yes, it's true that there may have been outliers among the subjects, but the false information would still affect their relative ranking of their own size. Afterward, they asked each man how much they would like to own a sports car, among other consumer products.

The study, available as a preprint, found that men rated sports cars as more desirable when they were made to feel like they had a small penis. Furthermore, the effect was more pronounced if the subject was over 30 years old. Other "facts" that were meant to raise or lower the subjects' self-esteem had no effect on the desire for sports cars, or any of the other consumer goods they were asked about. The only significant correlation they found was between perceived penis size and sports cars. Alrighty then.

The effect of body shaming on women has been studied a few times. But you don't have to set them up; just interview them about their life experiences to determine which group they fall in.
Abusive comment hidden. (Show it anyway.)
Now imagine the female version of this article. Would be considered misogynistic.
Abusive comment hidden. (Show it anyway.)
Start New Comment Thread...