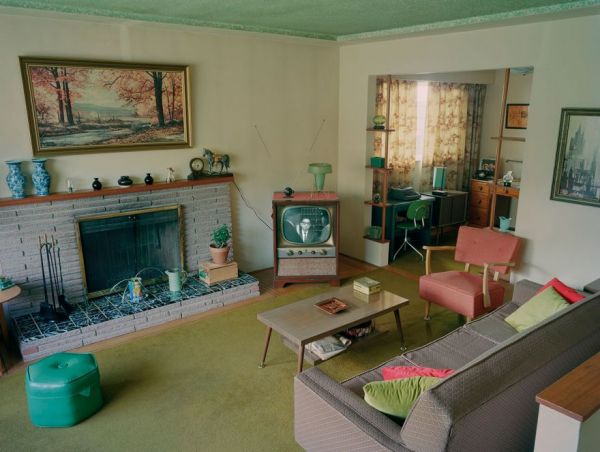 Jeffery Chong's grandparents lived in a Vancouver bungalow since it was built in 1959. He never knew his grandfather, but his grandmother recently passed away, and the house is for sale. Chong memorialized the home in a photograph titled Home Edition in which he recreated the exact mid-century living room he recalls from his childhood. The photo above was enlarged and installed on the side of the CBC building in Vancouver. It is familiar to many Vancouver residents who lived in the same style of house with the same furnishings in the past.

But look closely at the television. It contains an image of the time Chong's grandfather appeared on TV in 1966. Chong's relatives didn't even know about the footage, but the event that led to it has been retold in their family history many times. The story of that day, the discovery of the image, and the memories that led to the art project are a story well worth a read at The Tyee. -via Nag on the Lake