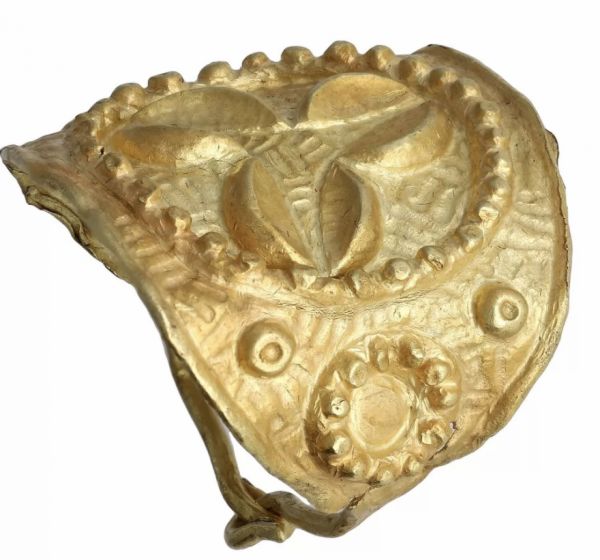 Out of sight, out of mind. A man with a metal detector found an interesting old ring buried in Knaresborough, UK, in the 1990s and sold it to an antique collector for a few hundred pounds. The collector thought it might have been from the period in which the Romans ruled Britain, or possibly the later Anglo-Saxons. He was going to get it appraised. He put off the appraisal, the ring in a cupboard, and finally got it checked out 28 years later.

Experts at the British Museum determined that the ring is older than previously thought. It dates to 100 BC, before the Romans entered Britain. It is now believed to be the ring of a Celtic chieftain of the Corieltauvi tribe or the Iceni tribe. This makes it a unique and valuable piece of British history. The ring is up for auction, and is expected to draw up to £30,000.

Contrast this to American artifacts. If someone found a ring that was 500 years old, they would consider it an important treasure. In Britain, a ring thought to be a mere 1000-2000 years old wasn't worth booking an appointment for an appraisal.  -via Strange Company

Last year, I bought a house in Little Rock that was built in the 1950s. That's from the last century! It astounded me to think of all the people, now gone, who have lived in that house before me.
Abusive comment hidden. (Show it anyway.)
Americans think 200 years is a long time. British think 200 miles is a long distance.
Abusive comment hidden. (Show it anyway.)
Login to comment.