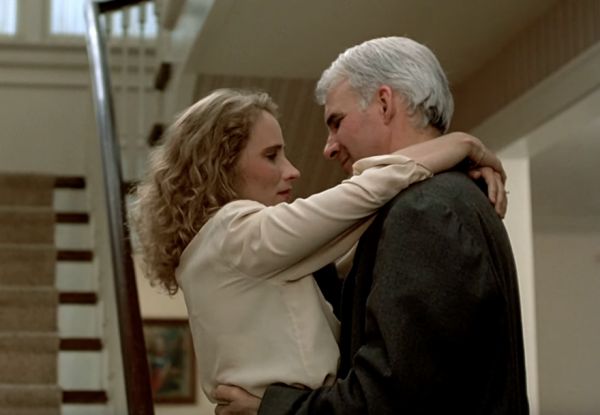 Compared to Christmas and Halloween, there are few movies specifically about Thanksgiving. For a long time, Alice's Restaurant was the only one, unless you count Miracle on 34th Street, which starts on Thanksgiving but is really about Christmas. Then in 1987, Steve Martin and John Candy starred in the John Hughes comedy Planes, Trains, and Automobiles. It was a hit that became a seasonal tradition. But if the original plans were followed, it would have been a different movie.

The rough cut of the film was over three hours long. That rarely flies for a movie without a built-in fandom. The finished movie is only 93 minutes long. What was cut? We can imagine that Hughes looked at all the funny bits between Martin and Candy and ranked them to eliminate the lesser scenes. Personally, I would have watched the back-and-forth between those two for three hours. But Hughes also cut an entire subplot involving Martin's character's wife Susan. Laila Robins, who played the part of Susan, was rather surprised to see most of her scenes cut in the final version. She talked to Cracked about what was cut from Planes, Trains, and Automobiles. Read it and you'll see the story with a new understanding when you watch it this Thanksgiving.