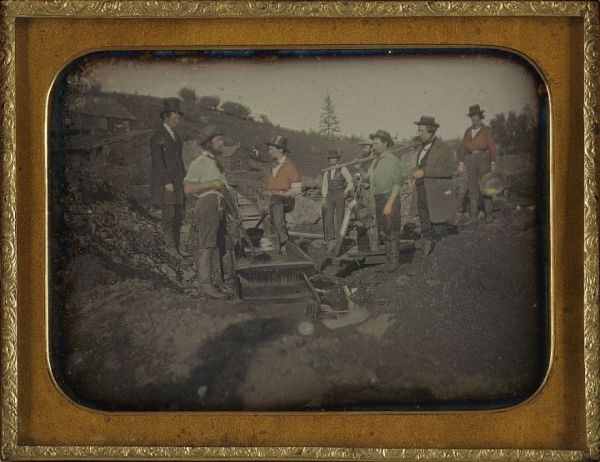 The origin of sourdough bread probably contributed to the popularity of Chinese food in America. The use of sourdough as a leavening agent grew up during the California Gold Rush of 1849. Miners and prospectors in the San Francisco area didn't have access to adequate supplies of yeast, but they needed bread to eat when they were working and didn't have time to build a fire to cook each meal. So they baked their own bread using sourdough starter. That doesn't mean they were good at it.

Across the American West, sourdough was considered a food for unmarried men who didn’t know how to cook. These men were like their bread: rough, tough, and they smelled a little bit funny. But the ultra-masculine frontier lifestyle was supposed to be temporary. These men were expected one day to return to civilization and enjoy the “sweet” and “light” bread baked by their mothers or wives.

The miners' sourdough bread could be really nasty and even dangerous. Moldy and contaminated bread caused a lot of upset stomaches and some deaths. So how did sourdough become a hit among tourists traveling to San Francisco? Learn the history of sourdough bread, and don't eat while reading it, at Atlas Obscura.