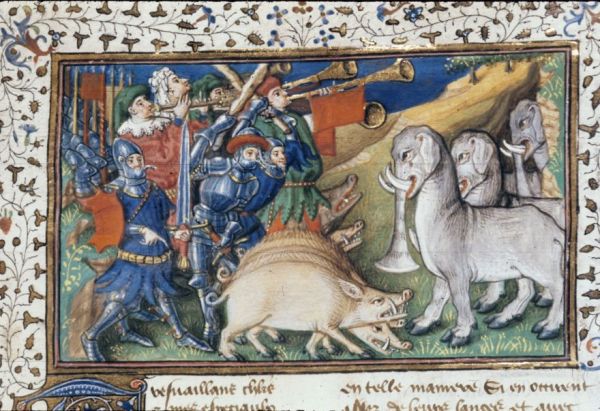 When you think of the power of sound in war, the first thing that comes to mind is Joshua's Hebrew army blowing their horns until the walls of Jericho fell. There are many more examples from better-documented wars of sound used against an enemy. The Greeks brought elephants into battle against the Romans, and the trumpeting of the elephants frightened the Roman's horses so much they threw their riders. So the Romans came back, bringing squealing pigs, which frightened the elephants. An advancing army is only as good as what they are riding on. Then there's the case of the escaped prisoner who trained pipers to play music that would make the enemy's horses dance. Asian marauders from the northern steppes designed arrows that would scream as they flew to terrified their targets. Oh yeah, and there's the intimidating Maori haka. Read a rundown of the creative ways sound has been used in war at The Conversation. -via Damn Interesting