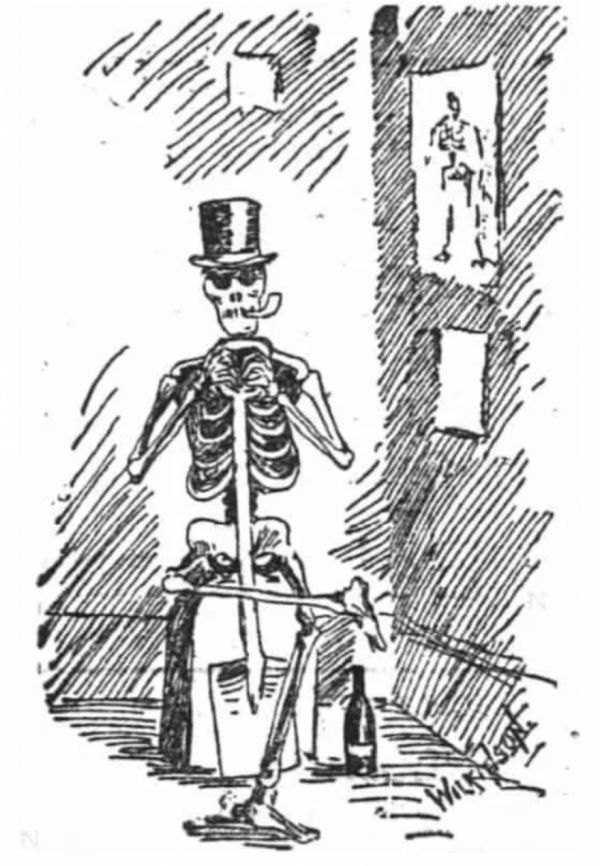 We've read about the resurrectionists and body snatchers of Britain, who dug up corpses from graveyards to sell to medical schools for anatomy class. This went on in the United States as well, and Ohio's most notable body snatcher was a man named William Cunningham, also known as "Old Cunny." He spent decades in the 19th century digging up the recently deceased from Ohio graveyards to sell for $15-25 each. He was a bully, and kept himself out of jail many times by threatening to kill anyone who crossed him and sell their corpses to be dissected.

More than once Old Cunny hid a corpse by sitting it up in the wagon seat beside him with a hat, sort of like Weekend at Bernies. Once he left a body sitting in his wagon as he and his accomplice Bill went into a saloon, when another man discovered it. The man threw the body out, put on its coat and hat, and took the corpse's place, just to see what would happen. Read the rest of that story, plus what happened when Old Cunny finally died and got a taste of his own medicine at DiggingUp1800. -via Strange Company