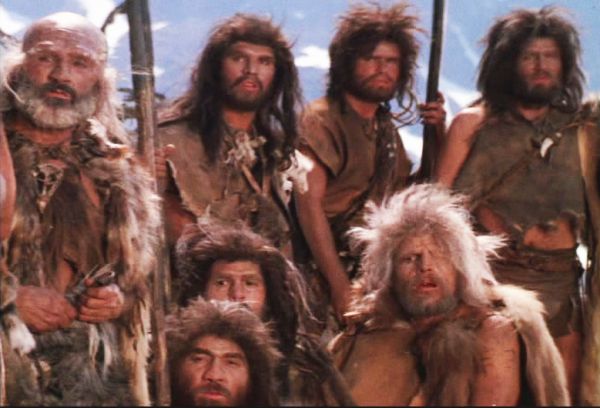 Each person's genome is a complex record of a very long family tree. The genome of one person won't tell the whole story, but those of just a few individuals can reveal ancient secrets. Hundreds of thousands of years ago, there were at least four hominid species that appeared to freely interbreed (which makes us wonder about the very definition of "species"). There were modern humans, Neanderthals, Denisovans, and an unidentified "archaic human ancestor."  A study of the genomes of two Neanderthals, one Denisovan, and four modern humans reveal that genes flowed between these species, indicating that whenever groups overlapped in location, they had sex with each other.

The "archaic human ancestor" may even have been Homo erectus. That species left Africa earlier than the others, and survived until around 117,000 years ago. Could they have been responsible for the archaic DNA? The hominid species split around a million years ago, but apparently retained their ability to interbreed. The archaic DNA is most prevalent in Denisovans, but also in modern humans. Knowing what we do about the survival and geographic migration of ancient hominids, it is possible that Homo erectus mated with both Denisovans and modern humans. Read more about the latest study in ancient hominid DNA at Inverse. -via Strange Company