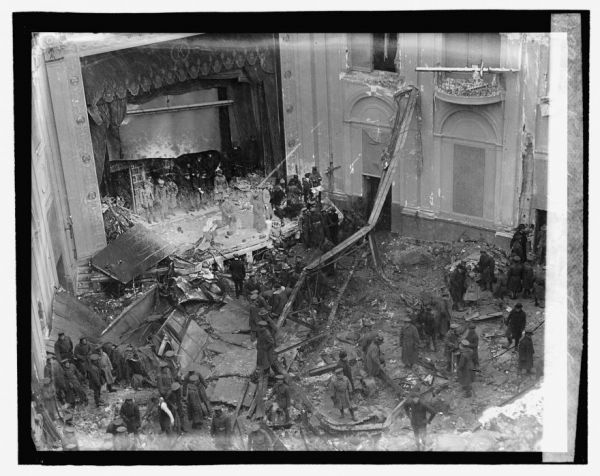 The biggest single-day disaster in the history of the District of Columbia occurred one hundred years ago, on January 28, 1922, but few even know about it today. It wasn't an act of war or terrorism, and that may be the reason it's been mostly forgotten. It was the night the roof of the Knickerbocker Theatre collapsed.

What has since been called the Knickerbocker Storm was a blizzard that raged through Georgia, Virginia, and the Carolinas, and left 28 inches of snow on Washington, D.C. The storm was over by the 28th, and 200 or so people trudged through the snow and paid 25 cents to watch a movie at the Knickerbocker. It was still a slow night- the theater had a capacity of 1700. It also had a flat roof. The weight of all that snow caused the roof to come down in one piece, killing 98 people and injuring 133. Read about the Knickerbocker Theatre disaster at Smithsonian.