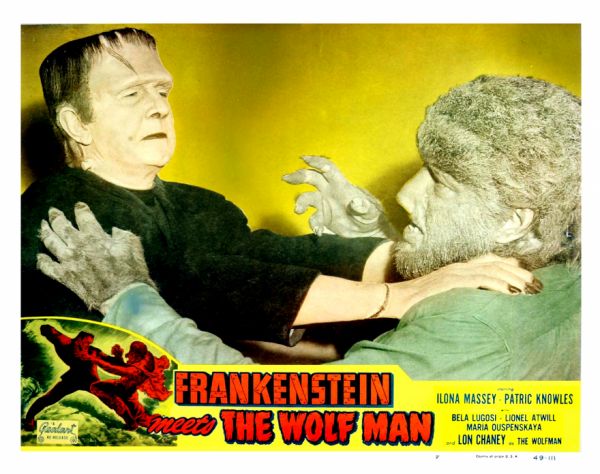 Long before the Marvel Cinematic Universe, the popular monster movies of Universal Studios started doing crossovers, implying that Dracula, Frankenstein's monster, the Wolf Man, the Mummy, and others all lived in the same universe and time frame. It was a way to churn out more and more sequels, because everyone loves a good monster movie. However, even though these monsters could meet each other, their cinema versions were developed over decades.

That's why it's important to know the difference between Lon Chaney and Lon Chaney, Jr. The older Chaney was known as "the man of a thousand faces" in the 1920s. He played Quasimodo in The Hunchback of Notre Dame and the title character in The Phantom of the Opera. His son, Lon Chaney, Jr. played the Wolf Man, Dracula, Frankenstein’s monster, and a mummy in three movies. This family had a whole universe of monsters in just two actors!

Find out a lot more movie trivia about the Universal monster movies in a list at Mental Floss.

German expressionism movies were very dark. I remember seeing the Peter Lorre movie "M" where he plays a murderer and someone has seen him kill and with a piece of chalk writes the letter M on his coat's shoulder. What a riveting movie! I believe that was Peter Lorre's first starring role in the movies in Germany where he was seen by a movie exec who brought him to America.
Abusive comment hidden. (Show it anyway.)
my uncle used to build and paint models for all the universal movie monsters
Abusive comment hidden. (Show it anyway.)
Start New Comment Thread...