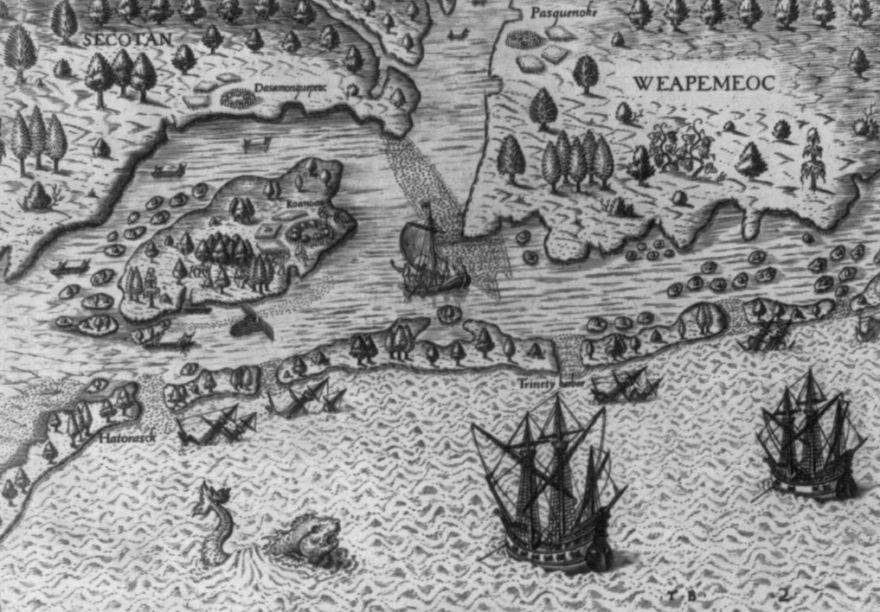 What could have possibly happened to the colonists left in Roanoke in 1587? This has been a subject of multiple theories online and was featured in an episode of Buzzfeed Unsolved. When John White, governor of  Roanoke Island colony, sailed back to England to get some supplies and reinforcements, he didn’t expect to come back to an abandoned location. When he returned in 1590, aside from the ghost town he found himself in, there was a mysterious word carved on a palisade post. The fate of the colonists he left behind has remained a mystery ever since.

Experts remain clueless as to where the colonists went. According to Charles Ewen, director of the Phelps Archaeology Laboratory at East Carolina University, “past archaeologists believed that the colony was located at what is now the Fort Raleigh National Historic Site, but this idea has been called into question, because some of the artifacts found at Fort Raleigh date to after the colony vanished.” Real Clear Science delves deeper into this mystery. Check out their full piece here!

OMG there is ZERO mystery! They left a note where they were going. That 'mysterious word' carved into the post was the name of a local First Nations tribe that kind enough to take them in when they were starving. When the governor went to the tribe he FOUND the people. This was NEVER a mystery. I don't know why people keep saying it's a mystery.
To this day, random descendants of that tribe will have blonde hair because of the mixed genes from two different cultures.
Abusive comment hidden. (Show it anyway.)
Start New Comment Thread...