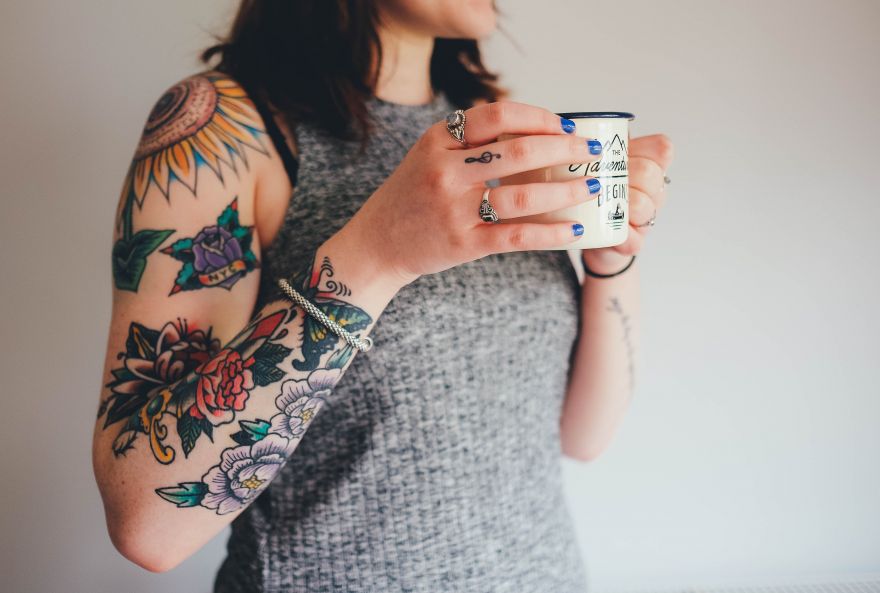 Trends are temporary-- they exist in the mainstream for a couple of months or years, but then eventually go out of style. Trends are lucky if they re-emerge after decades, as what we see with the rise of different ‘retro’ styles in fashion. But just like how current trends affect how we perceive clothes, tattoos also are affected by the current fancies of the majority. Except, unlike clothes, we can’t discard body art easily.

So if you’re planning on getting a tattoo for yourself, maybe heed the advice of different tattoo artists about which designs to avoid. Check Vice’s full interview with them here.

I really think the majority of people put a lot more thought into what they want to get tattooed that you might think. I know I spent a lot of time looking for the exact design I wanted, and even though it was something from pop culture at the time, 25 years later I'm still happy with it because it had meaning to me.
Abusive comment hidden. (Show it anyway.)
Not being in tattoos and thus not knowing anything, I've always wondered what would become of them with the inevitable weight gain, skin aging, or, like a distant cousin, the effects of pregnancy on that huge tattoo she has all along her ribs...
Abusive comment hidden. (Show it anyway.)
I think what he is trying to say has nothing to do with the cost of the tattoo, but with the amount of effort of thinking about what kind to get. Immediate gratification. You see something, and don't think about if it is a good idea to get it done. A person doesn't want to feel hungry, so they get the chips from the kitchen instead of the food that is best for them, just so that they do not feel hungry. At the time they don't care about the consequences, but there will be consequences later on.
So for tattoos, people see something on another person, or in a book, and decide that's the one they want, not thinking about the future implications. Those Tattoos are the "Chips in the kitchen". It would be better to wait for that person to see if their feelings change or that of the trends, but they don't. Or if there is something better out there. I research cars to death when I buy a new one. Something might look cool but is it worth the price and financial pain later on because what is under the hood is junk?
Abusive comment hidden. (Show it anyway.)
I can read the words above, but honestly, they’re making no sense whatsoever! Is the implication that getting a tattoo something that happens on the spur of the moment? I guess there are tattooists who will happily do drop-in work, but the majority have long waiting lists, and often there are gaps of several months between appointments even for existing clients. And as for a comparison with Dorito chips being cheap, well, if you know someone who does quick ‘stick and poke’ tattoos for the price of a couple of beers, yeah, I guess so, but the tattoo studio I go to, who aren’t the most expensive but still good quality, charge £50/hour, or roughly $70. My next two, which won’t be until next month, will cost about £70-80, and my next one after that about £250.Hardly a cheap snack! They like me as a client, because I come fully prepared with exactly the design I want and artwork already prepared, which saves them a lot of time. Most of mine were done 15-20 years ago, but the recent ones I’ve had in mind for almost as long. Again, the best tats are the ones most thought about before hand.
Abusive comment hidden. (Show it anyway.)
Getting tattoos is a lot like eating a bowl of Doritos for dinner. With a little bit of will and effort, you could go to the grocery and get chicken, pasta, vegetables etc., and have a real dinner. But you know, the Doritos are right here located conveniently, they don't cost much, and so what if they don't have vitamins and minerals. And I mean, hey nobody lives forever right? And in the same way that you wear those Doritos later, you'll be wearing old tattoos later.
Abusive comment hidden. (Show it anyway.)
Start New Comment Thread...