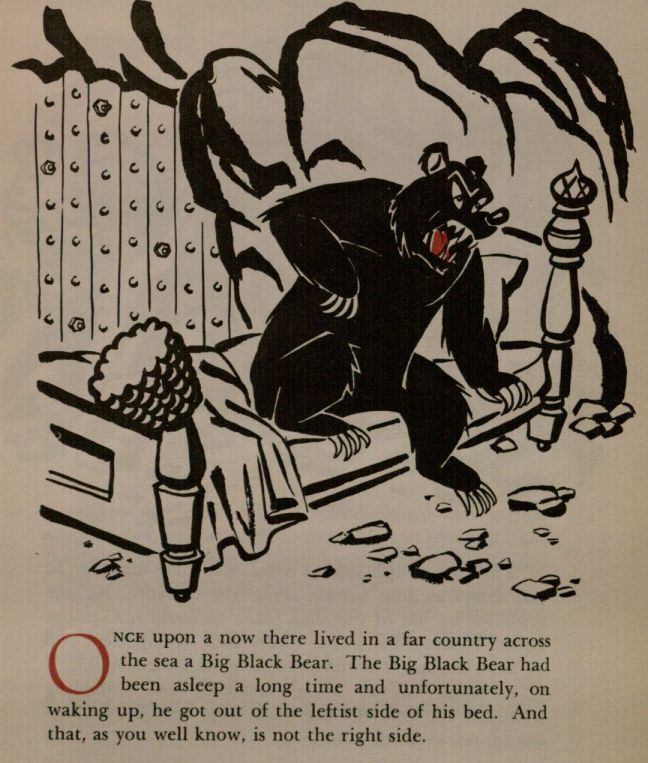 Weird Universe alerted me to this unusual book, which I acquired through interlibrary loan. The Bear Facts by Polly Culbertson and Paul J. Fennell was published in 1948. It addresses three specific political phenomena of the late 1940s: the threat of communism to the free world, the lack of a consensus among Americans as to the need to mobilize against that threat, and the belief that air power would be the primary means of securing freedom from communism. 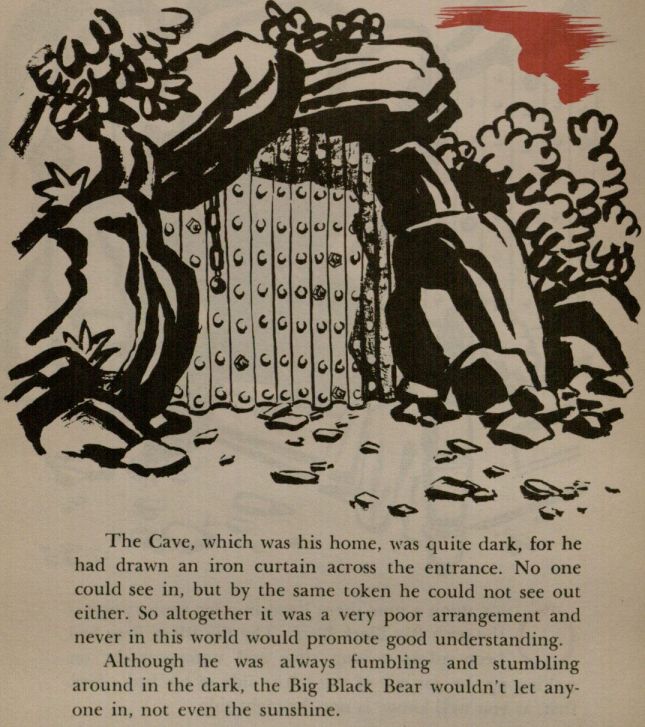 It is not a particularly subtle allegory. I'm uncertain if it really was written with children as the primary audience. 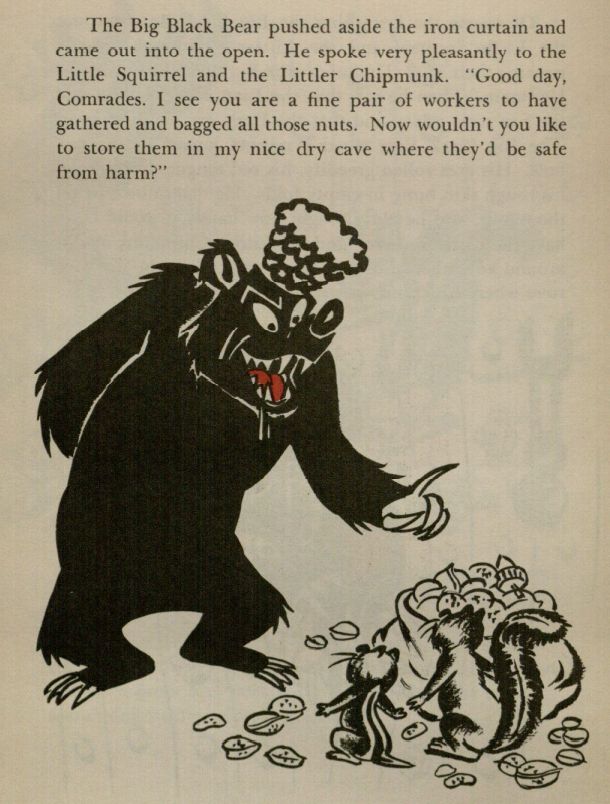 Some figures are easy to identify. The bear is, of course, the Soviet Union. The eagle is the United States and the lion is the British Empire. The squirrel and chipmunk are probably smaller nations considering how to best economically rebuild after the devastation of World War II. 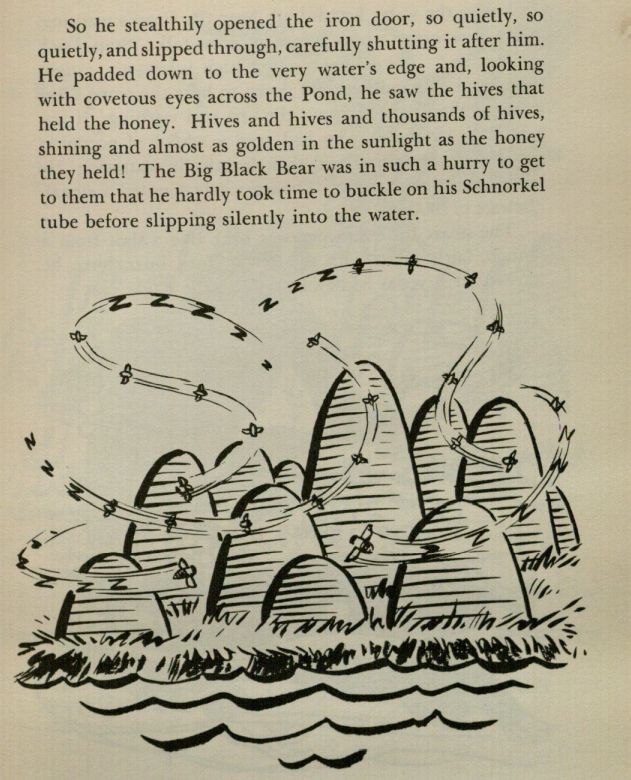 Having enslaved the chipmunk and the squirrel and stolen their nuts, the still-hungry bear looks across the Atlantic Ocean at the Americas. 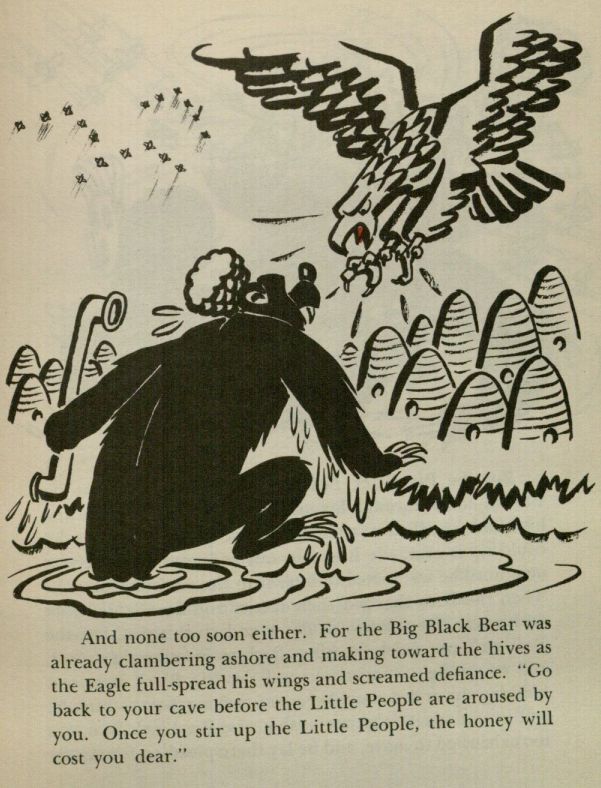 Swimming underwater with the help of a snorkel, the bear attempts to steal honey. But the bees, wasps, and hornets band together under the leadership of the eagle to defeat him.

It's a fascinating book and, as I explained above, a unique artifact that reflects a very specific moment in American history.