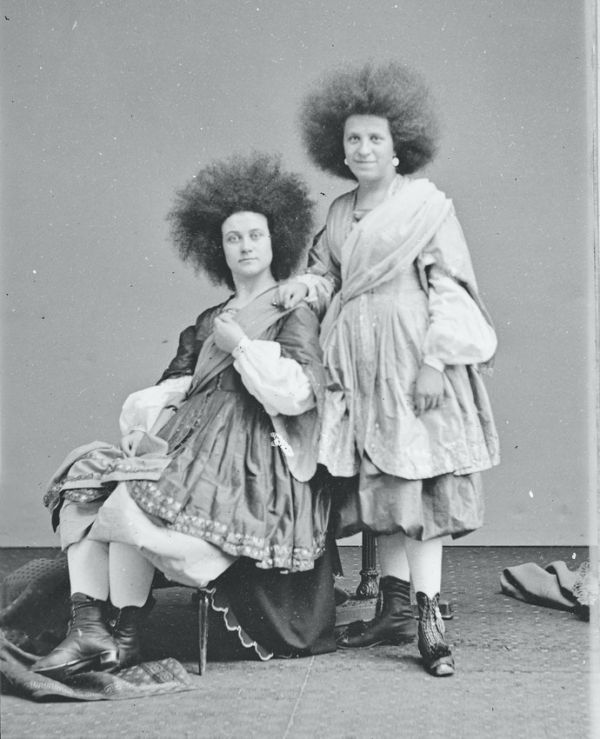 German theorist Johann Friedrich Blumenbach studied and wrote of racial hierarchies more than 200 years ago. He posited that the epitome of racial superiority were the people of the Caucasus Mountains, particularly the region of Circassia, which is why we use the word "Caucasian" today. In the US in the 19th century, putting the word Circassian in front of any beauty product meant it would sell well. In 1865, as Americans were dealing with issues of race at the end of the Civil War, P.T. Barnum debuted his first Circassian Beauty, a woman named Zalumma Agra.

A staple of dime museums and traveling shows throughout the nineteenth century, Circassian beauties were alleged to be from the Caucasus Mountain region, and were famous for both their legendary looks and their large, seemingly Afro-textured hairstyles. The Circassian beauty was an attraction that required audiences to hold a number of ultimately unresolvable stereotypes in tension with each other. These women were presented as chaste, but were also billed as former harem slaves. They were supposedly of noble lineage but appeared as sideshow attractions. And they were displayed to predominantly white audiences for an exoticism that traded on hair associated with Black women, which came coupled with the paradoxical assurance that, being Caucasian, Circassian beauties represented the height of white racial “purity”.

Zalumma Agra came with a perfectly exotic backstory as a Circassian slave rescued from Turkey, but more likely she was a white performer who had super-curly hair. Or, as seen in later versions of the Circassian Beauty, she altered her hair to fit the part. But the fact that these acts lasted into the 20th century reveals the audience's fascination with race and the politics that surround it. Read the history of the sideshow Circassian Beauties at the Public Domain review. -via Nag on the Lake