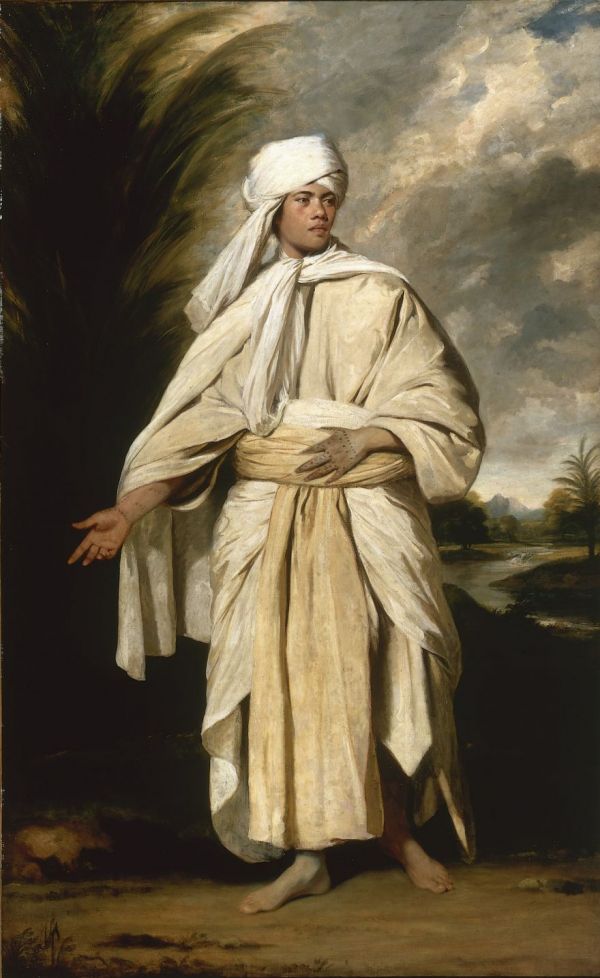 The colonial guns of the British Empire terrified and subdued cultures around the globe. The same happened when Samuel Wallis landed in Tahiti, the first European to sail there. His show of force subdued the Tahitians who did not want to be claimed by Britain, but it had a different effect on an ambitious young man named Mai. Although wounded, Mai could only think of how useful those guns could be in reclaiming his home island from invaders from Bora Bora. It was a long journey from that day to sitting for the above portrait in England.

The portrait’s subject—Mai, or Ma‘i—was the first South Seas Islander ever to visit England. He arrived from Tahiti in 1774, as part of the second voyage of the celebrated navigator James Cook, and stayed in Great Britain for two years. It was a cross-hemispheric anthropological experiment that in many ways succeeded, but one that was also tinged with tragedy. In London, Mai became a sensation, a star of the press, the darling of the intelligentsia, the subject of poems, books, musical plays—and a curiosity that some of the country’s finest artists sought to paint. It’s doubtful whether any other non-European figure had inspired English portraitists to put so much oil on canvas. Indeed, few Indigenous persons had ever been so widely or vividly described, analyzed and documented by European society.

But the man immortalized on canvas was not quite the man who posed for Joshua Reynolds’ 1775 or 1776 portrait. Back in Tahiti, a society with a highly stratified system of social classes, Mai was a manahune, a commoner, powerless and impoverished. There was nothing regal or patrician about Mai; he was a nobody who happened to hitch an epic ride to England, a regular guy who went on a most excellent adventure—all of which makes his story even more spectacular.

Somehow, the young man who hitched a ride to England became royalty by the time he arrived, and Mai was smart enough to avoid correcting those assumptions. Read Mai's story at Smithsonian.