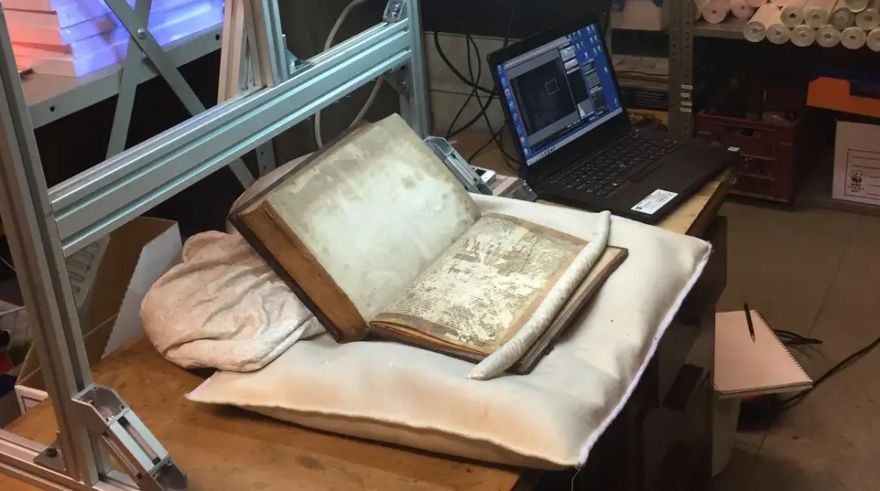 All hail the researchers who have spent time and effort in translating an 800-year-old passage from the legend of King Arthur. The manuscript, called ‘the Bristol Merlin,’ was fully translated into English. In addition, researchers also analyzed the handwriting and linguistic style of the manuscript. The passage is dated to between 1250 and 1275, and was penned in northern France:

[...]Though about an English king, the Arthur myth was told and retold in different ways throughout France. The manuscript is not the first document to contain its particular story, which is called the Suite Vulgate du Merlin. Researchers believe the text was initially written around 1225, which means the Bristol Merlin was a fairly contemporary retelling of the story.

Laura Chuhan Campbell, a scholar in medieval literature with a specialty in Old French Merlin texts at Durham University, told Gizmodo that “the medieval Arthurian legends were a bit like the Marvel Universe, in that they constituted a coherent fictional world that had certain rules and a set of well-known characters who appeared and interacted with each other in multiple different stories … This fragment comes from the second volume, which documents the rise of Merlin as Arthur’s advisor, and Arthur’s turbulent early years as king.”