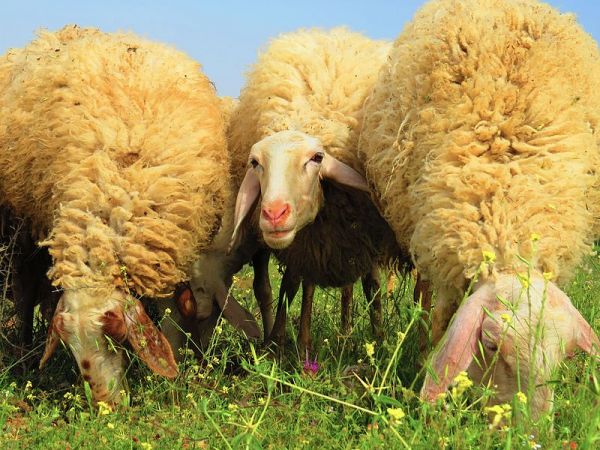 Sheep can be pretty nervous, and it's not unusual for that nervousness to spread among a flock. But in 1888, it was more than just a flock, as a panic exploded across a huge sheep-raising area in England.

The first widely recorded sheep panic occurred on the night of November 3, 1888, in Oxfordshire. Around eight o’clock, tens of thousands of sheep across an area of about 200 square miles, around the town of Reading, impulsively and simultaneously went berserk. They broke through their pens and dwellings and bolted out into the open fields, destroying property and overrunning fences as they did so. The next morning they were found widely scattered, some miles from their fields. Some of them still panting with terror under hedges, and many crowded into corners of fields.

Another such panic occurred in 1889 and again in 1893. There was no evidence of an earthquake, meteor, or human intervention. What caused the sheep panic? We still don't know for sure, but you can read about the experts' best guess at Amusing Planet. -via Strange Company