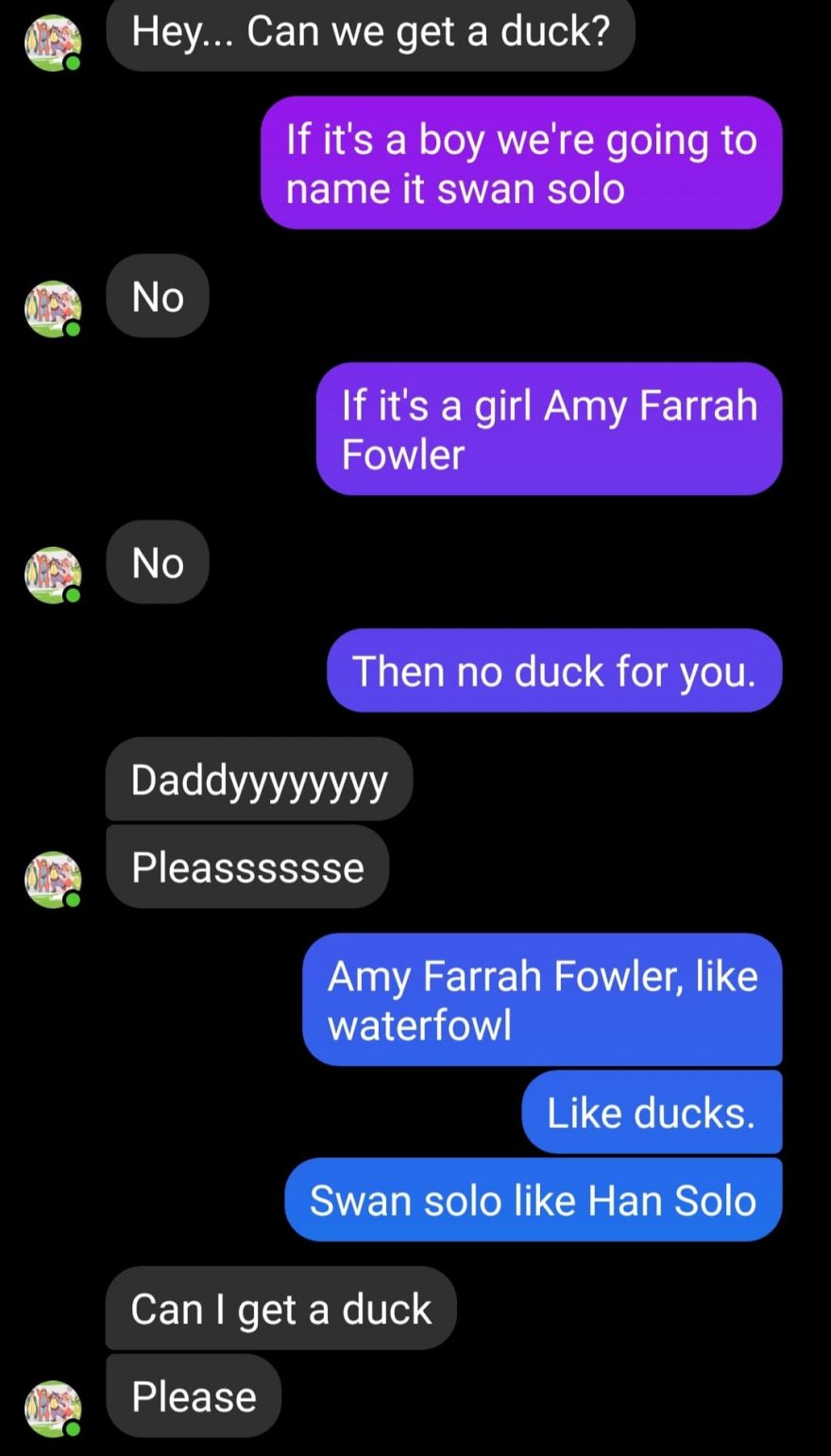 When Chris Lerma received a message from his daughter asking him whether their family could get a duck, he did not respond with a yes or no. Instead, Lerma immediately jumped into what the duck’s name should be. He told his daughter that if the duck was a boy, it would be named Swan Solo; if it was a girl, then it would be named Amy Farrah Fowler. Unfortunately, his daughter rejected his punny name proposals, and so Lerma just responded with a cold, “Then no duck for you.”

But his daughter continued on begging, and so he responded with more name suggestions, until both of them came into an agreement.