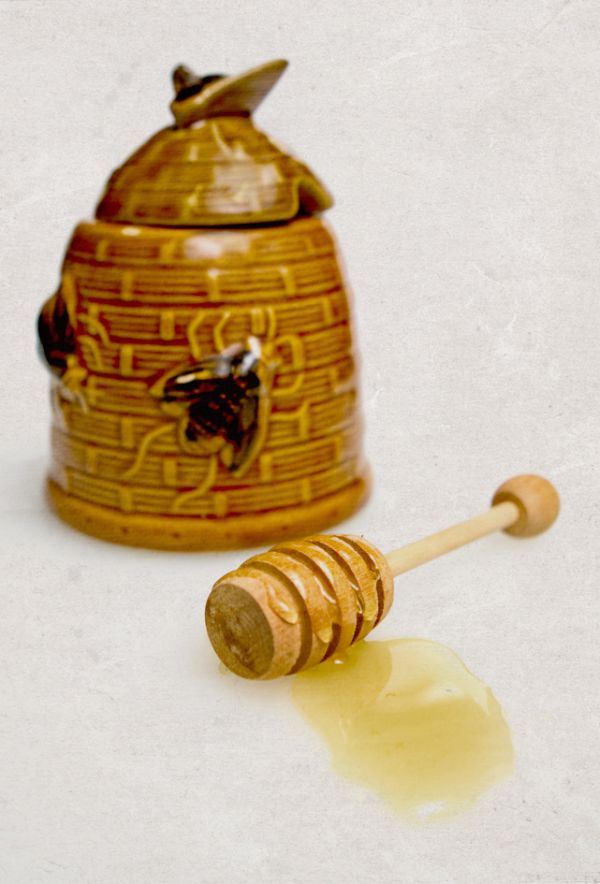 Fallout from nuclear bomb tests in the 1950s and '60s spread radiocesium (radioactive cesium) into the upper atmosphere, which settled over the eastern United States. That was more than 50 years ago, but it's still around. Geologist James Kaste of William & Mary asked students to bring local foods back from spring break, and was surprised to find a sample of North Carolina honey that had a cesium level 100 times that of other foods.

So Kaste and his colleagues—including one of his undergrads—collected 122 samples of locally produced, raw honey from across the eastern United States and tested them for radiocesium. They detected it in 68 of the samples, at levels above 0.03 becquerels per kilogram—roughly 870,000 radiocesium atoms per tablespoon. The highest levels of radioactivity occurred in a Florida sample—19.1 becquerels per kilogram.

The findings, reported last month in Nature Communications, reveal that, thousands of kilometers from the nearest bomb site and more than 50 years after the bombs fell, radioactive fallout is still cycling through plants and animals.

They say the level of cesium in honey is not dangerous, but just think about what the levels may have been like in decades past. How much East Coast honey did you eat back in the day? Read about the findings at Science magazine. -via Damn Interesting

In 2015, in the german city of Ebersberg there where still wild boars having significantly over 600 becquerels per kilogram.. This is a heritage form the Tshernobyl incident... And the situation has not significantly changed in the last years.
https://www.welt.de/newsticker/dpa_nt/infoline_nt/brennpunkte_nt/article138428020/Tausende-radioaktive-Wildschweine-in-Bayern.html
Abusive comment hidden. (Show it anyway.)
big fan of honey on pancakes, sometimes
Abusive comment hidden. (Show it anyway.)
Login to comment.