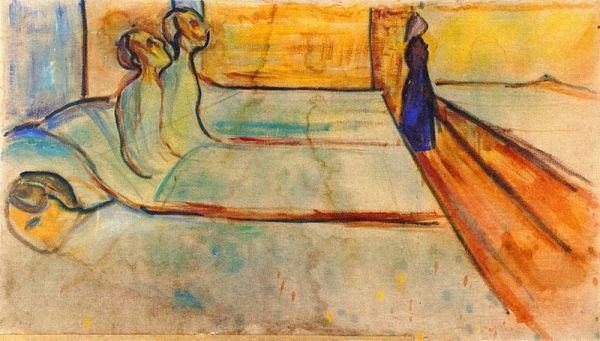 People who have been in a coma got there for a variety of reasons, and their experiences vary quite widely. Some are totally unaware of the passage of time, some have vivid (and sometimes terrifying) dreams, and some were affected by the things people around them said while they were unconscious.

2. "I was in a medically induced coma for three days during my cancer treatment. My identical twin brother died around a year prior (also to cancer). The entire time I was in the coma, I was with him. We were in a large green field with a lot of sun, and my conversations with him felt real."

"Other than that, I didn’t hear any of my family talking to me while I was asleep. It was just like I had gone to bed for three days, and I woke up feeling very tired.

I do wonder whether my interactions with my twin brother were real, or if it was just the drugs I was given causing them." —u/prince-william15

7. "My wife was in a coma for about a month. I brought the kids to see her later after prepping them. Despite the initial shock at seeing her with a ventilator, they were vocally loving, hugged her, held her hand, etc. We sat in the room and talked. At one point, I asked the kids what their favorite vacation was. They both agreed it was the road trip we took from Vegas down to Arizona. My wife heard it all but in a hallucinatory way."

"We talked about driving all over and seeing all the incredible sights. We talked about rides and amusements along the way. It was nice, then they kissed her goodbye saying, 'See you soon.'

My wife now has — nearly 10 years later — a vivid memory of a second Arizona vacation she went on with us. She even asked me early on after she woke up if we had gone on vacation recently. Her mind went through every detail we talked about and even added to it as if it all actually happened. The memories of it are as real as any." -u/Coogcheese

Read the recollections of 18 people who have been in a coma and lived to tell the tale at Buzzfeed.

ive heard some terrifying stories, but some people have less-terrifying experiences. Like being able to hear and see things, and you can't move or interact.
Abusive comment hidden. (Show it anyway.)
Login to comment.