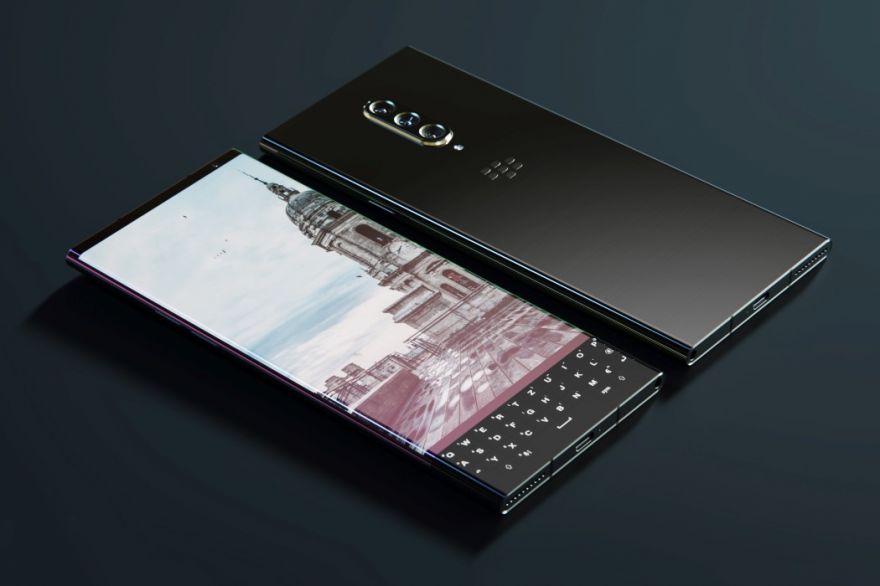 Surprise, surprise! BlackBerry is still aiming to release phones, huh? The company has partnered with a mobile security company to work on its new line of smartphones. The company, OnwardMobility, announced that they would be launching a “5G BlackBerry Android smartphone with a physical keyboard in North America and Europe.” Yanko Design has more details:

The BlackBerry Key 3 concept comes with a profile that’s reminiscent of the Note 20 Ultra. It features a flat surface on the top and bottom, while cascading edges on the sides result in a phone that’s comfortable to hold, along with a waterfall display, there may be a chance of the phone registering accidental palm touches. The camera setup on the back features 3 lenses and a flash, looking quite similar to the one found on the OnePlus 8, and sitting right beneath that is the familiar BlackBerry logo. Flip the phone back over to the front and it kind of looks slightly meme-ish. It’s obscenely long, considering the screen’s already 20:9 to begin with. Adding to that is a slight forehead bezel (which features a single front-facing camera) and a massive chin, which houses a full QWERTY keyboard. The QWERTY keyboard, from what I can tell, is a part of the display, but it’s always there… even when you don’t need it. Sort of like the soft keys often found on Android phones, the keyboard is static in its position, and can easily be used when you need to type. This ideally means a keyboard never blocks or overlaps elements on the screen, so you’re always treated to a full-screen interface all the time. I’m not entirely sure if the keyboard’s layout is dynamic, i.e., whether it changes to reveal emojis or other languages, but if I were a betting man, that would honestly be a pretty remarkable feature.