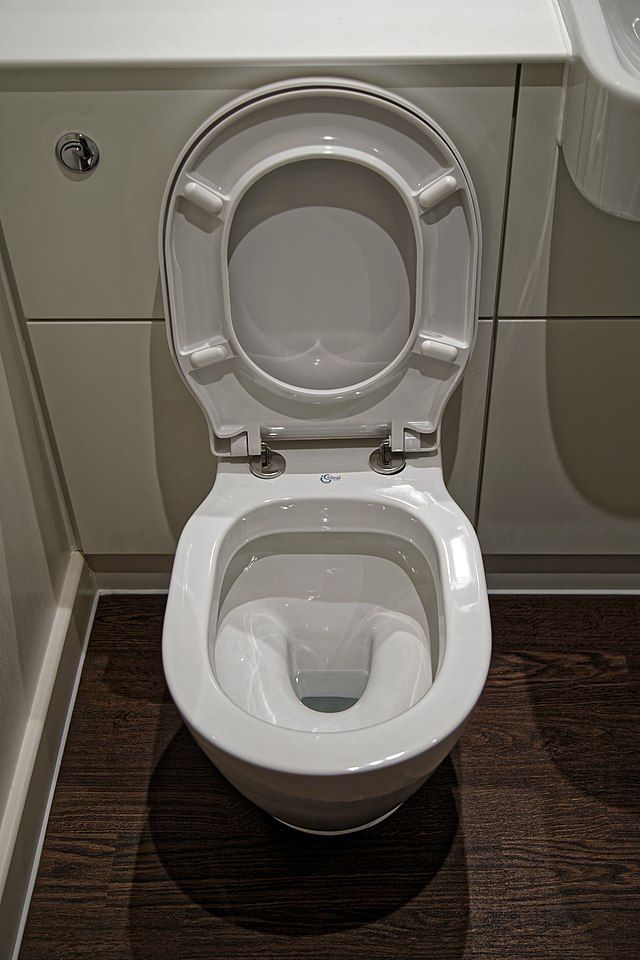 Did you know that you can easily fix toilet failures without calling a plumber? Familiarizing yourself with three parts of a toilet can help you avoid repair costs and make you feel smart (or give you a sense of accomplishment, that’s also a good one). Check out Popular Mechanic’s tutorial on how to upgrade (and how to get to know) your toilet here.

Yeah, this is cool and all, but like… sometimes I'm just paying someone so I don't have to deal with fixing my toilet. LET ME LIVE MY LIFE!
Abusive comment hidden. (Show it anyway.)
I recommend eating lots of cheese. Your toilet will need no maintenance or repairs because it will only get used about once a week.
Abusive comment hidden. (Show it anyway.)
Legit. 98% of toilets follow the same basic design, which is really stupid-simple. Even people who aren't handy can install, uninstall, and easily fix them. Not only that, but parts for repairs and installations are really cheap.
Just yesterday I gutted/deleted a small bathroom on my main floor b/c it was idiotic, and reused the toilet from that room in a new bathroom on my second floor. I needed new bolts at the floor, and a new wax gasket. Total cost $6. In my ensuite I previously reused an old toilet from the house (gutting/renovating the entire house.... slowly) that had ancient, finicky internals. I bought a universal repair kit, which was literally every part inside the tank, and a new tank gasket, and tank bolts. That was only like $20 and made a really old (guessing 40 years old) toilet pretty much brand new from an internals perspective.
Gross stains. Blech... what the hell is the matter with people? Clean your toilets regularly. However upon moving into this place both toilets were GROSS. Scaled nasty stuff caked on the bottom that I'm sure would have required a chisel to try and remove manually. Two products. 1 - Krud Kutter. This is some miracle product that I've recently discovered and seems to work on everything. I actually haven't tried it on gross toilets, but I imagine it would work and it's about a million times safer than my next recommendation. Toilet would have to be empty of water. 2 - Muriatic Acid. Before going any further I will note that muriatic acid is dangerous. You cannot get it on your skin, and you can't even breathe in the fumes or it will burn your lungs. Read up on it before using. That said, with the right gloves and mask, this stuff is the goddamn bees knees for making the worst of the worst toilets look brand new. No joke or exaggeration, I don't care how bad the stains are, it'll look brand new. Put some in the bowl, no need to drain the bowl. Let it soak for about an hour (or longer/shorter depending on how much you put in. A cup is plenty.) Scrub carefully with toilet brush (don't let it splash up on you). At this point I dump a bunch of baking soda into the bowl to neutralize the acid, and swish toilet brush around. Then flush. Repeat if necessary, but it most likely won't be. The baking soda really isn't necessary since you're flushing right away (and it's not a toxic), but I just feel better not flushing away an acid and I neutralize any acid that was on the toilet brush as well. I've also heard CLR works with lots of scrubbing. Seriously though... muriatic acid FTW.
Unless the colour of your toilet is just hideous, like those godawful mustard yellow colour ones, there's almost no reason to throw away and old shitter and replace it with a new one. Porcelain cleans up like new and the parts to make them function like new again are really cheap.
Abusive comment hidden. (Show it anyway.)
Why do Americans need to wash their balls every time they use the toilet ?
Abusive comment hidden. (Show it anyway.)
Recently I bought one of those easy-clean, plastic, toilet seats that closes very slowly. Those are a game changer.
Abusive comment hidden. (Show it anyway.)
Login to comment.