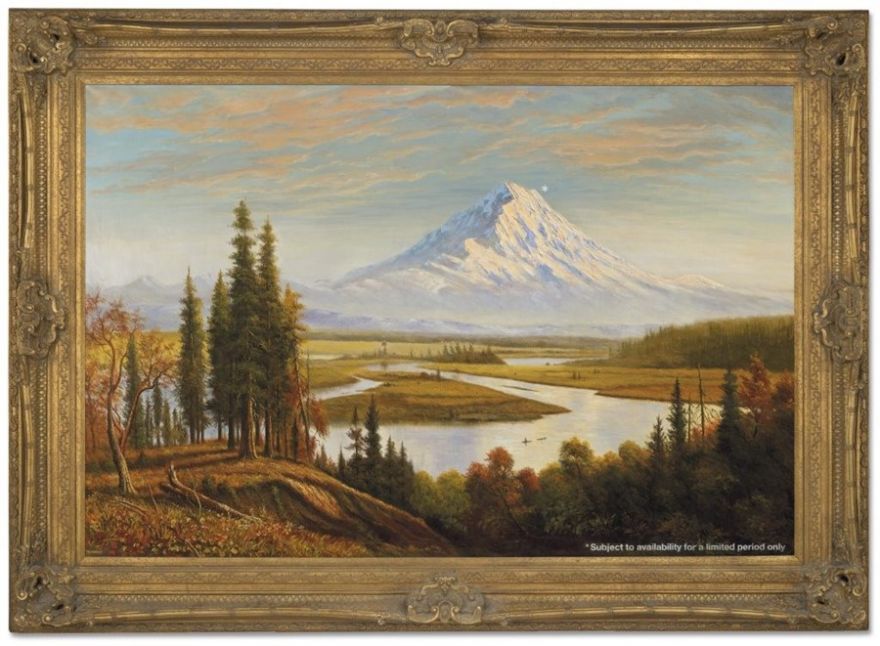 Now that’s a power move! Expected to bring in between £3 million and £5 million, Banksy’s new parody painting, Subject to Availability, offers a climate-conscious take on the image. The artwork features a different version of an 1890 oil painting by Albert Bierstadt, depicting Mount Rainier National Park. The artist added an asterisk with the note: “Subject to availability for a limited period only:”

“Banksy’s witty dialogue with the art historical canon brings the painting sharply into the current context of the global climate crisis,” says Katharine Arnold, co-head of postwar and contemporary art at Christie’s, in an interview with Artnet News. “Ten years on from its creation,” she adds, “the idyllic park it depicts has already been closed to the public since February 2020 due to severe flooding and landslides.”

Subject to Availability is expected to bring in between £3 million and £5 million via Christie’s, though this was also the estimated value of the Monet piece before it was surpassed on the day. Just last month, the artist’s Game Changer — an artwork dedicated to NHS staff — exceeded estimates of £2.5 million to £3.5 million to sell for a staggering £14.4 million (or £16.7 million with fees).