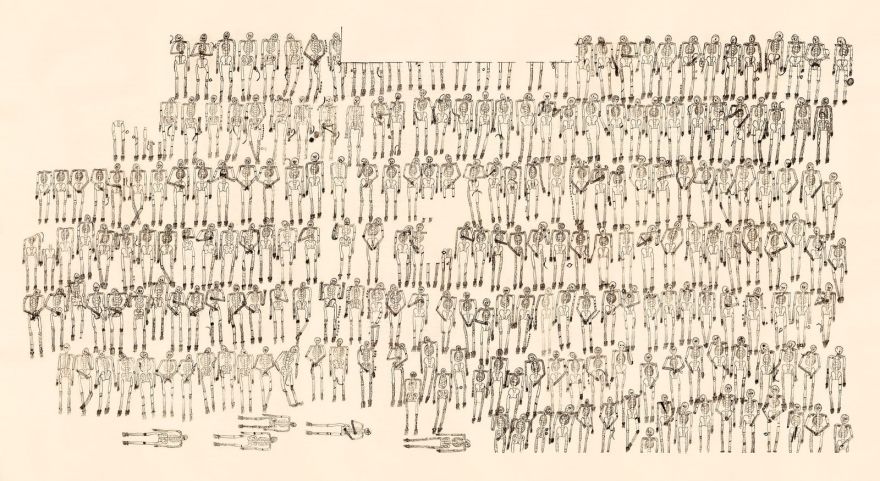 Yeah, you read that right! Meet the Sacred Band, an ancient fighting force from the city of Thebes. Known as some of the most fearsome fighters in Greece, the group remained undefeated until they were wiped out at the Battle of Chaeronea, in 338 B.C. Did you know that the fleet was composed entirely of lovers? One hundred and fifty couples, to be exact! This was because of the Greeks’ belief that no man would exhibit cowardice or act dishonorably in front of his beloved:

Sixty years after George Taylor’s horse stumbled, further excavations revealed a large rectangular burial site near the Lion. Drawings that were made at the site show seven rows of skeletons, two hundred and fifty-four in all. For “The Sacred Band” (Scribner), a forthcoming book by the classicist James Romm, the illustrator Markley Boyer collated those nineteenth-century drawings to produce a reconstruction of the entire mass grave. Black marks indicate wounds. A number of warriors were buried with arms linked; if you look closely, you can see that some were holding hands.

Image via The New Yorker